Joe Trohman net worth: Joe Trohman is an American singer-songwriter, composer, record producer, and musician who has a net worth of $12 million dollars. He is best known as the guitar player for the band Fall Out Boy.

Joe Trohman was born in Hollywood, Florida in September 1984. Fall Out Boy formed in 2001 and consists of Trohman, vocalist/guitarist Patrick Stump, bassist Pete Wentz, and drummer Andy Hurley. Their debut album Take This to Your Grave was released in 2003. Their 2005 album From Under the Cork Tree produced the hit singles "Dance, Dance" and "Sugar, We're Goin Down". Both singles went double platinum and Fall Out Boy was nominated for Best New Artist at the 2006 Grammy Awards. Their 2007 album Infinity on High was #1 on the Billboard 200 chart. The album produced the singles "Thanks fr th Mmrs" and "This Ain't a Scene, It's an Arms Race". The band has released five studio albums and their latest, 2013's Save Rock and Roll, also hit #1 on the Billboard 200 chart and produced the triple Platinum single "My Songs Know What You Did in the Dark (Light Em Up)". Fall Out Boy has sold more than 7.5 million albums worldwide. They have won MTV Video Music Awards and multiple Teen Choice Awards. Trohman is also a guitar player for the heavy metal supergroup The Damned Things. He is also a member of the group With Knives. Trohman co-owns the label Son of Man with Josh Newton. Joe's house was featured on MTV Cribs in 2007. He is married to Marie Wortman Goble and the couple has one daughter. 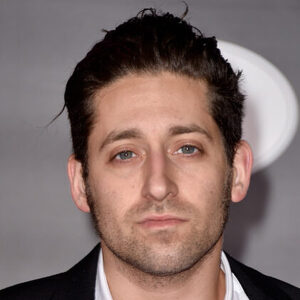