What is Joe Perry's Net Worth?

Joe Perry is an American rock musician who has a net worth of $140 million. Perry is most famous for being the lead guitarist and occasional lead vocalist and songwriter for one of the all-time great rock bands, Aerosmith. He also fronts The Joe Perry Project and sings and plays guitar for the supergroup Hollywood Vampires.

Joe Perry was born Joseph Anthony Pereira on September 10, 1950, in Lawrence, Massachusetts. He grew up in Hopedale, Massachusetts, with mother Mary (a gym teacher), father Anthony (an accountant), and younger sister Anne-Marie. As a child, Joe wanted to be a marine biologist, but he struggled in school. His parents told him that he might be able to get an internship at the Woods Hole Oceanographic Institution if he got better grades, but when there was no improvement, they sent him to Vermont Academy, an all-boys prep school, during his junior year. Perry began playing guitar when he was 10 years old, learning to play with his right hand despite being left-handed, and after his Vermont Academy classmates exposed him to artists like Jimi Hendrix, The Who, and The Yardbirds, Joe's interest shifted from marine biology to rock and roll. In his memoir, Perry revealed that his poor performance in school was the result of ADHD but that he hadn't been diagnosed until adulthood.

In the 1960s, Joe formed a group called The Jam Band with Tom Hamilton, and after Steven Tyler, Joey Kramer, and Brad Whitford joined the band, they became known as Aerosmith and released their debut self-titled album in 1973. Eleven of Aerosmith's 15 albums went Platinum or higher than in the U.S., and "Get a Grip" (1993) and "Nine Lives" (1997) reached #1 on the "Billboard" 200 chart. After the release of 1976's "Rocks," trouble began brewing within the band, with drug use and strained relationships impeding the creative process, but this didn't stop their follow-up, 1977's "Draw the Line," from going Double Platinum. In 1979, Perry left Aerosmith after an argument with Tyler, and since they were in the middle of recording the album "Night in the Ruts" at the time, temporary guitarists were hired to help finish the album. Joe formed The Joe Perry Project and released the albums "Let the Music Do the Talking" (1980), "I've Got the Rock'n'Rolls Again" (1981), and "Once a Rocker, Always a Rocker" (1983). 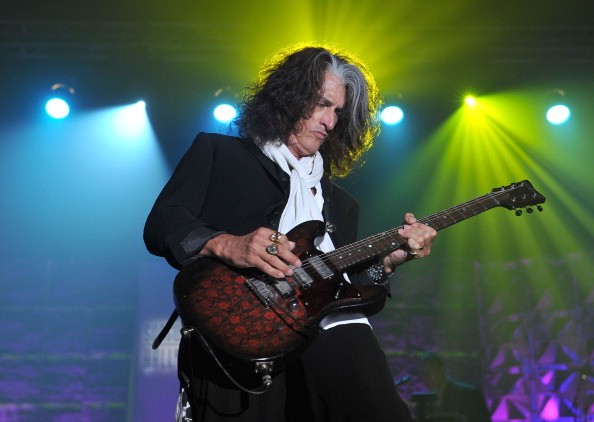 Perry reunited with Aerosmith in 1984 and embarked on the "Back in the Saddle Tour," then released the 1985 album "Done with Mirrors." The following year, Joe and Steven teamed up with Run-D.M.C. for a remake of "Walk This Way," which peaked at #4 on the "Billboard" Hot 100 chart. The band released the album "Pump" in 1989, and the singles "What It Takes," "The Other Side," and "Love in an Elevator" reached #1 on the "Billboard" Mainstream Rock Songs chart. In 1998, the band topped the "Billboard" Hot 100 for the first time with "I Don't Want to Miss a Thing," which was featured on the "Armageddon" soundtrack. Aerosmith soon received an honor that few other bands have earned – they had a roller coaster named after them. The Rock 'n' Roller Coaster Starring Aerosmith opened in 1999 at Orlando's Walt Disney World.

Aerosmith performed at the 2001 Super Bowl XXXV half-time show and released the album "Just Push Play" later that year. In 2004, they put out an album of blues covers, "Honkin' on Bobo," and Joe released his first solo album in 2005. The band got their own video game, "Guitar Hero: Aerosmith," in 2008 and embarked on the "Guitar Hero: Aerosmith Tour," which was canceled after Tyler fell off the stage in August 2009. In 2012, Aerosmith released their first studio album in eight years, "Music from Another Dimension!," which included the single "Can't Stop Lovin' You," a duet with Carrie Underwood. In 2015, Perry formed the band Hollywood Vampires with Alice Cooper and Johnny Depp, and they released their self-titled album that year and "Rise" in 2019. In 2017, Aerosmith announced their farewell tour, the "Aero-Vederci Baby!" tour, and in 2019, the band began a residency at the Park Theater in Las Vegas called "Aerosmith: Deuces are Wild."

Joe married Elyssa Jerret on August 5, 1975, and they welcomed son Adrian before divorcing in 1982. Perry wed Billie Paulette Montgomery on September 21, 1985, and they have two sons, Roman and Tony; Joe is also stepfather to Aaron, Billie's son from a previous relationship. Tony and Adrian are in a rock band called Dead Boots.

Perry has a hot sauce line, Joe Perry's Rock Your World Hot Sauces, and the Hard Rock Cafe has featured a quesadilla with his hot sauce on their menu. In 2005, Joe appeared on "Inside Dish with Rachael Ray" to talk about his hot sauce and cook a meal. Perry owned the Massachusetts restaurant Mount Blue with Steven Tyler until 2006.

In November 2018, Joe fainted in his dressing room at Madison Square Garden after he performed during a Billy Joel concert and had to cancel the rest of his tour dates for the year. Two years earlier, he collapsed backstage after a performance with Hollywood Vampires and later said it was due to "dehydration and exhaustion."

In 2005, Joe purchased a 115-acre farm in Vermont. Sleepy Hollow Farm includes a six-stall barn, pond, log cabin, and guest house, and Perry put it on the market for $3.1 million in 2015 but later changed his mind about selling it. Perry has also owned homes in Sunapee, New Hampshire, Sarasota, Florida, and Duxbury, Massachusetts.

In September 2021 Joe placed the seven acre Duxbury property, known as Brook Haven Farm, on the market for $4.5 million: 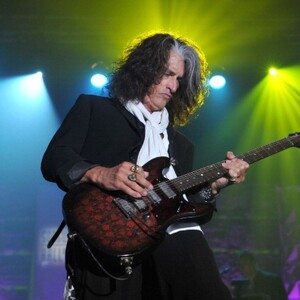