Joe Bonamassa net worth: Joe Bonamassa is American blues and rock guitarist who has a net worth of $20 million dollars. Born in New Hartford, New York, Joe Bonamassa grew up in a family of musicians, and his parents owned a guitar shop. He began playing guitar when he was four, and was able to play along to recordings of Stevie Ray Vaughan and Jimi Hendrix by the time he was seven.

He opened for B.B. King when he was twelve years old, and he formed his first group, "Bloodline" with Berry Oakley, Jr., when he was 14. They recorded one album, which spawned two successful singles. He has released ten solo albums since 2000, along with five more live albums. He has also appeared on multiple albums with the group, Black Country Communion, and recorded a successful album with blues artist, Beth Hart. In 2009, he received the "Breakthrough Artist of the Year" Award from Classic Rock Magazine, and his most recent album climbed to #2 on the UK charts. 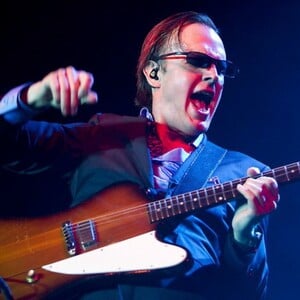