Joan Jett net worth: Joan Jett is an American rock guitarist, singer, songwriter, producer and occasional actress who has a net worth of $10 million. Joan Jett is best known for being the lead singer of the band Joan Jett & the Blackhearts. She had a number of hit songs, including "I Love Rock 'n Roll" which spent seven weeks on the Billboard Hot 100 chart. Joan's success as a rock and roll musician has earned her the title of the "Queen of Rock and Roll" and the "Godmother of Punk."

Early Life and Beginning of Career: Born on September 22, 1958 in Wynnewood Pennsylvania, Jett was given the name Joan Marie Larkin and was the first of her parents' three children. Her father worked as an insurance salesman while her mother was a secretary. Her family moved several times throughout Jett's childhood, first to Rockville, Maryland where Jett first began taking guitar lessons. Her musical interests continued to develop after another move to West Covina, California in Los Angeles county. Her parents divorced soon after and Jett officially changed from her birth name to Joan Jett, as she thought it sounded more rock and roll.

The move to California proved very fortunate for Jett, as it was there that she co-founded the rock group, The Runaways, with drummer Sandy West, in 1975. Micki Steele, Jackie Fox, Cherie Currie, and Lita Ford joined the band soon after. Jett played rhythm guitar in the band in addition to sharing lead vocals. She also wrote much of the band's material.

The Runaways enjoyed success at home, where they opened for big names like Cheap Trick and Tom Petty and the Heartbreakers, but were more popular abroad, especially in the UK and Japan. After producing five albums together, The Runaways disbanded in 1979, leaving Jett to pursue her solo career.

Solo Career and Formation of the Joan Jett & the Blackhearts: Shortly after The Runaways disbanded, Jett traveled to England where she recorded a few songs for her solo career. One of these was an early version of "I Love Rock 'n' Roll" though this release was not the one that shot to popularity.

Back in Los Angeles, Jett met producer Kenny Laguna while working on a film project based on The Runaways. With Laguna's help, Jett released her first solo album in 1980 on their own independent label. While a strong solo artist, Jett felt compelled to again form a band, prompting her to place an ad in the newspaper seeking bandmembers.

After forming Joan Jett & the Blackhearts, Jett toured both the US and Europe. While the band slowly developed a fanbase, it was a challenge to keep the band afloat with enough money until a performance at the Palladium in New York City in 1981. The band released an album soon after, the first single being the title track – a re-released version of  "I Love Rock 'n' Roll." Since its release, this track has been inducted into the Grammy Hall of Fame and remains the number 56 song of all time on the Billboard chart. 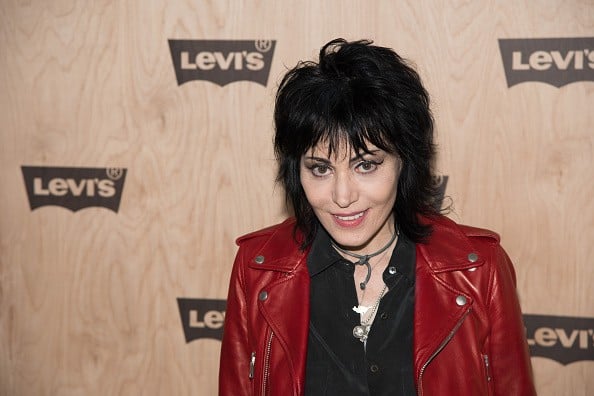 Following this success, Joan Jett & the Blackhearts released Album in 1983 and Glorious Results of a Misspent Youth in 1984. The band released a large number of top hits, including "Bad Reputation" and "(I'm Gonna) Run Away, and also had even greater touring success, selling out shows alongside the Police and Aerosmith, among other big names, both in the United States and around the world.

Joan Jett & the Blackhearts has remained together and has released an album as recently as 2013, Unvarnished. The band opened for the Who in 2015 and they are slated to perform alongside Poison and Def Leppard in 2021.

Other Projects and Awards: Jett has also produced for a number of other artists and acted as executive producer for the film The Runaways, starring Kirsten Stewart, which follows the trajectory of The Runaways' success.

Additionally, Jett's musical success has carried over to the sports world, as a number of her songs have been used in advertisements and theme songs by the NCAA, WWE, UFC, ESPN X Games, and Sunday Night Football.

Jett has also appeared in a number of films and television series. In 1987, she first appeared in the film Light of Day alongside Michael J. Fox and Gena Rowlands. She has had guest appearances in Ellen, Highlander: The Series, Walker, Texas Ranger, and Law & Order: Criminal Intent. In 1918, Jett was the subject of Bad Reputation,  a documentary following Jett's life and career.

Rolling Stone magazine named Jett one of the 100 greatest guitarists of all time and in 2014 she earned an AP Icon Award. In 2015, Jett was a member of the 2015 Rock and Rolle Hall of Fame class.

Personal Life & Controversies: Jett has been followed by rumors most of her life speculating as to whether or not she is a lesbian or bisexual, which she neither confirms nor denies. She is not publicly known to be dating anyone.

In 2015, Jackie Fuchs, formerly Fox of the Runaways, came forward and accused Kim Fowley, a former manager of the Runaways, of raping her at a party in 1975. She alleged that she was 16 at the time and was likely given a sedative before the assault. She also alleges that her bandmates, including Jett, witness the event. Jett has publicly denied witnessing the attack. 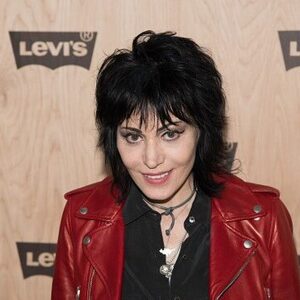