Jimmy Pop net worth: Jimmy Pop is an American musician who has a net worth of $5 million dollars. Born in Trappe, Pennsylvania, Jimmy Pop, also known as James Moyer Frankes, graduated from Temple University with a degree in Mass Communication and History. He met his future bandmate, Jared Hennegan, while attending the school. He is a founding member of the band, Bloodhound Gang, and is also their primary vocalist, rhythm guitarist, and songwriter. The Bloodhound Gang combines humor and music, and was originally a rap group, but has shifted focus since their launch in 1991. They have sold 6 million albums to date, all of which were released through Jimmy Pop's label, Jimmy Franks Recording Company. The group has changed members quite a few times over the years, and Jimmy Pop is the only musician that has remained constant throughout their twenty-year history. In addition to his work with Bloodhound Gang, he also performs with the DiCamillo Sisters. 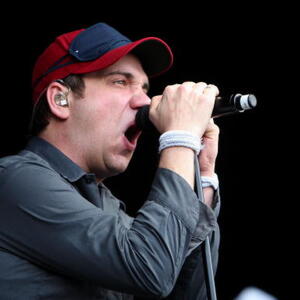