What is Jimmy Page's Net Worth?

Jimmy Page is an English guitarist, songwriter, and record producer who has a net worth of $180 million. He is most famous for being the founder of one of the all-time greatest rock bands, Led Zeppelin.


James Patrick Page, more commonly known as Jimmy Page, was born in the London suburb of Heston, England, on January 9, 1944. His mother worked as a doctor's secretary, and his father was a personnel manager at a plastic-coatings plant. The family moved to Feltham in 1952, and then to Epsom in Surrey. There, he attended Epsom County Pound Lane Primary School, and then Ewell County Secondary School. He first began to play guitar when he was 12 years old, and although he took a few lessons, he was mostly self-taught and practiced by listening to records and trying to recreate the chords.

When he was 13, Page appeared on the "All Your Own" talent quest program. He performed as a member of a skiffle quartet (a genre of music that was popular in England at the time), and their performance aired on BB1 in 1957. Eventually, he left school at the age of 15 to pursue a career in music. Page got his start as a session guitarist at a London music studio in the 1960s and worked with many well-known British singing groups at that time. He was hired at the newly formed Immediate Records label as a producer and A&R man in 1965. While there, he either played on or produced tracks by artists such as John Mayall, Nico, Chris Farlowe, and Clapton. In 1966, he became a member of The Yard Birds, a group that enjoyed modest success. However, real fame came when he founded Led Zeppelin. 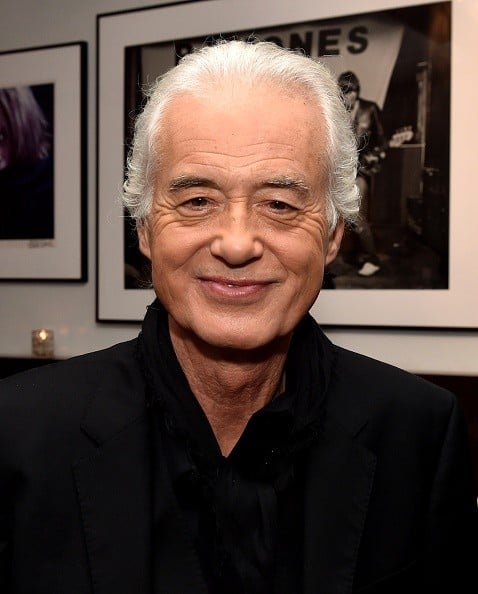 Led Zeppelin was formed in 1968, from the reconfigured lineup of his band the Yard Birds, then known as the New Yard Birds. The group was made up of members Robert Plant (vocalist), John Paul Jones (bassist/keyboardist), John Bonham (drummer), and of course, Page (guitar). They are one of the best-selling groups in history, and the second-best-selling band in the US. Every single one of their albums reached the Top 10 on the US Billboard album chart. Their album "Led Zeppelin IV" (1971) and single "Stairway to Heaven" are both considered influential and popular works in rock music. Page wrote a lot of the band's music and the band would go on to become one of the best-selling musical artists of all time with more than 111 million units sold. The band broke up in 1980 after the death of their drummer Bonham, but would later reunite on several occasions. One such occasion was the 1985 Live Aid concert, where Phil Collins and Tony Thompson both filled in as drummer. Another notable reunion for Led Zeppelin was a charity concert at the O2 Arena in London in 2007. There was an overwhelming demand for tickets to the show, with 20 million requests submitted online. This set the record in the 2009 Guinness World Records for the "Highest Demand for Tickets for One Music Concert".

Page has released multiple studio albums as a solo artist or in collaboration with other artists, starting with his debut "Whatever Happened to Jugula?" with Roy Harper in 1985. Page then released the albums "The Firm" in 1985 and "Mean Business" in 1986 with the band The Firm, and went on tour to support both album. He released the solo album "Outrider" in 1988, which featured collaborations from Plant. His album "Coverdale-Page" in 1993 reached No. 5 on the Billboard 200 chart. Page and Robert Plant released the popular album "Walking Into Clarksdale" in 1998.

Allmusic has referred to Page as "unquestionably one of the all-time most influential, important and versatile guitarists and songwriters in rock history. In 2003, Rolling Stone magazine ranked him Number 9 on the list of 100 Greatest Guitarists of All Time. He has also been inducted into the Rock and Roll Hall of Fame twice – for his participation with The Yard Birds and with Led Zeppelin, as well. Many in the music industry believe that Jimmy Page has been a continuous and positive influence on all rock bands since the 1970s. 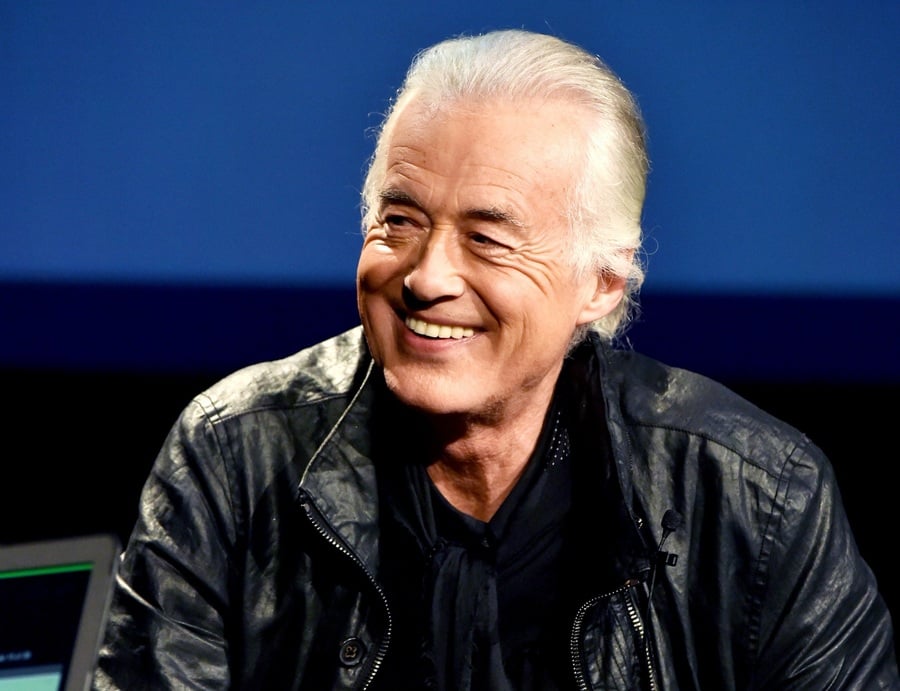 Page dated the French model Charlotte Martin from 1970 to the early 1980s. Together, they had a daughter named Scarlet Page. Then, from 1986 to 1995, Page was married to model and waitress Patricia Ecker. Together, they have a son named James Patrick Page. Later, while on the No Quarter tour, he met Jimena Gómez-Paratcha in Brazil. Page and Gómez-Paratcha have two children together, Zofia Jade and Ashen Josan, and he also adopted her oldest daughter Jana. They divorced in 2008. Since 2014, Page has been in a relationship with Scarlett Sabet, a poet and actress.

In recognition of his charity work with the organizations Task Brazil and Action For Brazil's Children's Trust, Page was appointed as an Officer of the Order of the British Empire (OBE) in 2005. Other honors and recognitions he has received include an Honorary Doctorate Degree from the Berklee College of Music in 2014, and the annual Kennedy Center Honors from President Barack Obama in December 2012.

Page has owned numerous properties. In 1967, he purchased the Thames Boathouse in Pangbourne, Berkshire, which is where he resided until 1973. In 1972, he purchased the Tower House from Richard Harris. This property was designed by William Burges. Other properties he has owned include the Mill House in Windsor (from 1980 to 2004), the Boleskine House (from the early 1970s to early 1990s), and Plumpton Place in Sussex. 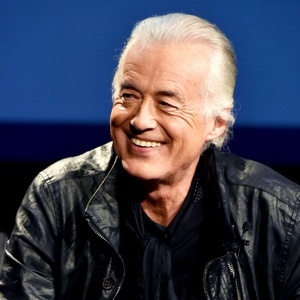