Jimmy Chamberlin net worth: Jimmy Chamberlin is an American drummer and record producer who has a net worth of $40 million. He is best known for being the drummer for the band The Smashing Pumpkins.

Jimmy Chamberlin was born in Joliet, Illinois in June 1964. He was a founding member of the alternative rock band The Smashing Pumpkins with Billy Corgan. The band formed in 1988 and released their debut studio album Gish in 1991. The Smashing Pumpkins released the album Siamese Dream in 1993 which reached #10 in the US, #3 in Canada and New Zealand, and #4 in the UK. Their 1995 album Mellon Collie and the Infinite Sadness reached #1 in the US, Australia, Canada, and New Zeeland. The band's album Adore was released in 1998 and reached #2 in the US and #1 in several countries. Their 2000 album Machina/The Machines of God reached #3 in the US. The band's album Zeitgeist was released in 2007 and reached #2 in the US. Their 2012 album Oceania reached #4 in the US and they also released the albums Monuments to an Elegy in 2014 and Shiny and Oh So Bright, Vol. 1 / LP: No Past. No Future. No Sun. in 2018. Their popular singles include "Bullet with Butterfly Wings", "1979", "Tonight, Tonight", and more. Jimmy Chamberlin has also released albums with Zwan, Frank Catalano, The Last Hard Men, and the Jimmy Chamberlin Complex. 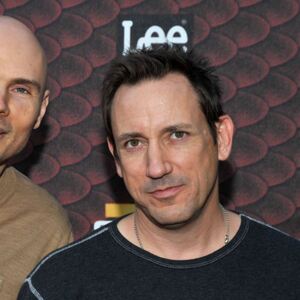