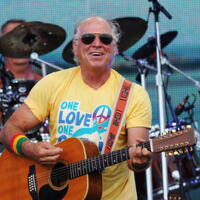 What is Jimmy Buffett's Net Worth?

Jimmy Buffett is an American singer-songwriter, author, actor and businessmen who has a net worth of $600 million. He is best known for the "island escapism" style of his music and the global business empire it has spawned. In typical years Buffett earns at least $50 million from his musical and business ventures. As of thiswriting there are dozens Margaritaville locations around the world. There are restaurants, casinos, hotels and vacation clubs. There are also dozens of retail outlets. The Margaritaville empire is owned by Margaritaville Holdings LLC, which is itself a subsidiary of Cheesburger Holding Company, LLC.

James William Buffett was born in Pascagoula, Mississippi, on Christmas Day (December 25), 1946. He spent his childhood in the cities of Mobile and Fairhope, Alabama. He attended grade school at St. Ignatius School, where he played the trombone. He first enrolled at Auburn University for college, before continuing his education at Pearl River Community College at the University of Southern Mississippi, where he received a bachelor's degree in history in 1969. Following graduation from college, he worked a Billboard magazine correspondent in Nashville.

Buffett's musical career began in Nashville, Tennessee, during the 1960s. He recorded his first album in 1970, country-tinged folk-rock number "Down to Earth." Buffett, who had been frequently found busking for tourists in New Orleans at the time, was soon taken by music singer Jerry Jeff Walker on a busking expedition to Key West in November 1971. This prompted Buffett to move to Key West and establish the easy-going beach-bum persona for which he is known. There, Buffett combined both folk and country music with coastal lyrical themes that produced a sound commonly known as the "gulf and western" sound. Thanks to his instant party hits, he gained a loyal following. Before 2003, songs played at every Buffett show were known as the "Big 8," including the song "Margaritaville" that helped him break into the mainstream. Other songs part of the "Big 8" include "Come Monday," "Fins," "Volcano," "A Pirate Looks at Forty," "Cheeseburger in Paradise," "Why Don't We Get Drunk," and "Changes in Latitudes, Changes in Attitudes." With his 27 album releases and around 40 live tours to date, he has remained faithful to his well-established persona known as the easy-going beach-bum guy. He also enjoys a dedicated fan-base, nicknamed "Parrotheads."

Buffett is a successful writer, having written three number one bestsellers. His first book, "Tales from Margaritaville" (1989), is a collection of short stories. His second book is the novel "Where Is Joe Merchant?" (1992). These two books both spent over seven months on The New York Times Best Seller fiction list. His memoir "A Pirate Looks at Fifty" (1998) debuted at number one on The New York Times Best Seller nonfiction list. He has released several other novels, including "A Salty Piece of Land" (2004) and "Swine Not?" (2008). 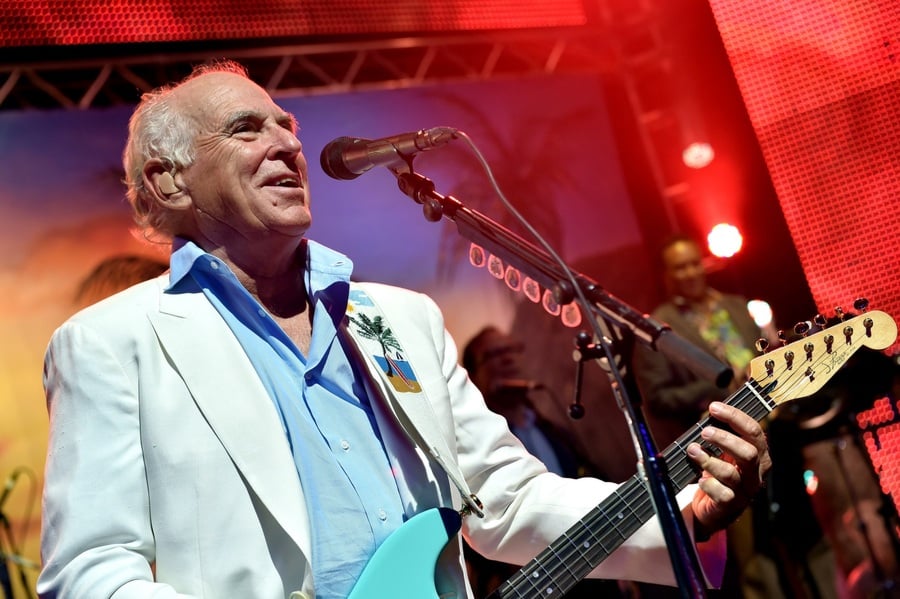 
In 1997, Buffett collaborated with novelist Herman Wouk to create a musical based on Wouk's novel "Don't Stop the Carnival." It ran for six weeks in Miami, and Buffett released an album of songs from the musical in 1998. A new musical "Escape to Margaritaville" opened in May 2017 at the La Jolla Playhouse in San Diego, running until July that year. It went on to perform limited runs in cities like New Orleans, Houston, and Chicago. The musical uses Buffett's classic songs, some of which were rewritten in order to better fit into the story, and features a book by Greg Garcia and Mike O'Malley. The show eventually opened on Broadway in March 2018, directed by Christopher Ashley. It ran until that July, with a total of 29 previews and 124 regular performances.

Under the Margaritaville Brewing label, Buffett partnered with the Anheuser-Busch brewing company in 2006 to launch LandShark Lager. He also opened the Margaritaville Casino at the Resorts Casino Hotel in Atlantic City, New Jersey, in May 2013. Other real estate ventures he has made include Latitude Margaritaville, a $1 billion retirement village in Daytona Beach, Florida. It is a joint venture between Minto Communities and Buffett's Margaritaville Holdings. As of March 2018, 250 of the planned 400 lots had been sold, with home prices ranging between the low $200,000s to the mid-$300,000s.

Buffett married Margie Washichek in 1969, divorcing in 1971. With his second wife, Jane Slagsvol, he has two daughters and an adopted son. Buffett and Slagsvol separated in the early 1980s but reunited in 1991. They reside in Sag Harbor, New York, and West Palm Beach, Florida. Buffett also owns a home in Saint Barts in the Caribbean. Buffett started the charity Save the Manatee, the world's leading manatee protection organization, in 1981 along with former Florida governor Bob Graham.