Jimi taught himself to play piano and guitar and was in a band in middle school. He fronted the band Target before going on to sing for Cobra. He sang background vocals for ZZ Top and Joe Walsh and joined Survivor in 1984. His first album with the band was 1984's Vital Signs and he also fronted the band for their 1986 album When Sound Count, 1988's Too Hot to Sleep, and their latest, 2006's Reach. The band's popular singles with Jamison include "I Can't Hold Back", "The Search Is Over", "Burning Heart", "How Much Love", and "Man Against the World". He was asked to become lead singer of Deep Purple but it did not work out. Jamison co-wrote and sang "I'm Always Here" for the TV show Baywatch. Jimi Jamison passed away on August 31, 2014 from a heart attack at the age of 63. 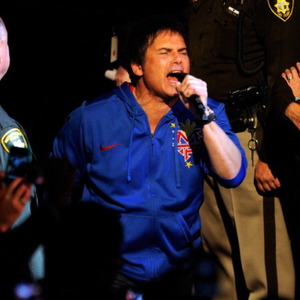