Jim Sonefeld net worth: Jim Sonefeld is an American musician who has a net worth of $5 million. He is best known for being one of the founding members of the band Hootie & the Blowfish.

Jim Sonefeld was born in October 1964. He was a founding member of the band in 1989 as the drummer and percussionist as well as providing backing vocals and rhythm guitar. Hootie & the Blowfish released their debut studio album Cracked Rear View in 1994. The album reached #1 in the US, Canada, and New Zealand. The band's album Fairweather Johnson was released in 1996 and reached #1 in the US. Hootie & the Blowfish released the albums Musical Chairs in 1998, Hootie & the Blowfish in 2003, Looking for Lucky in 2005, and Imperfect Circle in 2019. The band's singles include "Hold My Hand", "Let Her Cry", "Only Wanna Be with You", "Time", and more. Jim Sonefeld released the solo album Snowman Melting in 2012 and the contemporary Christian EPs Found in 2012, In in 2014, and Love in 2015. 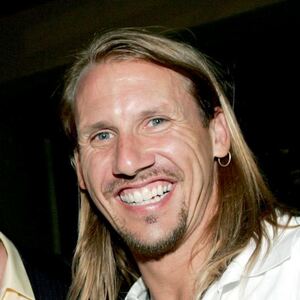