Jesse Hughes net worth: Jesse Hughes is an American singer, songwriter, and guitarist who has a net worth of $3 million. Jesse Hughes was born in Greenville, South Carolina in September 1972. He is best known for being the front man of the band Eagles of Death Metal. Hughes became friends with Josh Homme of Queens of the Stone Age in high school. Eagles of Death Metal formed in 1998 in Palm Desert, California. The band released their debut studio album Peace, Love, Death Metal in 2004. Their second album Death by Sexy was released in 2006. The band's third album Heart On was released in 2008 and reached #3 on the US Independent chart. Eagles of Death Metal also released the album Zipper Down in 2015. The band does not play heavy metal and the name was intended to be humorous. In 2015 the band was playing in France when the audience was attacked by terrorists and 89 people were killed included the band's merchandise manager. Hughes is an ordained minister with the Universal Life Church. 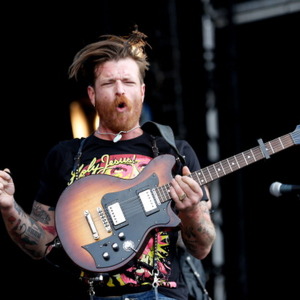