What was Jerry Garcia's net worth?

Jerry Garcia was an American musician who had a net worth of $15 million at the time of his death on August 9, 1995. That's the same as around $25 million in today's dollars. Though to be fair, much of his estate was not liquid at the time of his death. The estate was reportedly not liquid enough to continue paying his second wife an annual alimony of $250,000. Within a few months of his passing, lawsuits against his estate pegged the actual total net worth of Jerry Garcia at $50 million when you include intellectual property, his art collection, guitar collection, future royalty stream and other non-liquid assets. That would be around the same as $85 million in today's dollars. Much more on his estate and the legal battle over his assets at the end of this article.

Jerry was best for being a co-founder of the band "Grateful Dead." He was the lead singer, one of the primary songwriters and lead guitarist.

At the exact time of his death, Jerry's estate was initially believed to be worth at least $15 million. A few months after his death, the estate was believed to be worth more than $50 million, which is around $85 million in today's dollars. Lawsuits against the estate were filed almost immediately by former wives and various heirs. The largest claim was made by Jerry's second wife Carolyn Adams, aka "Mountain Girl". Adams claimed that Jerry had previously agreed to pay her $250,000 per year in support up to $5 million. He reportedly signed this agreement 18 months before his death so he could marry Deborah Koons. Unfortunately the estate wasn't liquid enough at the time of his death to continue paying her $250,000 ever year. The estate eventually settled with Adams for $1.2 million.

One of Jerry's children, Keelan Garcia, sued claiming she was not awarded enough in the will. She eventually settled for an undisclosed amount and a share in the "Cherry Garcia" trademark.

Another lawsuit involved Jerry's guitar maker Doug Erwin. Garcia's will gifted four of his guitars to Erwin. Jerry's bandmates sued the estate claiming that the guitars actually belonged to the band. The parties settled with Erwin receiving two guitars which he promptly sold at auction for around $2 million total

He was born Jerome John "Jerry" Garcia on August 1, 1942 in San Francisco, California. The son of a Spanish immigrant who was also a retired musician, Garcia studied piano as a boy then turned to the guitar in his teens. At age four, two-thirds of Garcia's right middle finger was accidentally cut off by his brother during a wood splitting incident. Less than a year after this, his father died in a fly fishing accident while the family was vacationing near Arcata in Northern California. At age 17 he dropped out of high school and spent nine months in the U.S. Army before being dishonorably discharged. After leaving the Army Jerry began playing folk and blues guitar in clubs around the San Francisco Bay Area, while simultaneously working as a salesman and music teacher.

After his discharge, in 1961, Garcia was involved in a serious car accident with some friends of his. He was hurled through the windshield of the car with such force that he was literally thrown out of his shoes and landed in a nearby field. He was later unable to recall the ejection. The driver was fatally injured and the accident served as an awakening for Garcia, who later recalled: "That's where my life began. Before then I was always living at less than capacity. I was idling. That was the slingshot for the rest of my life. It was like a second chance. Then I got serious." He realized at that time that he was meant to begin playing guitar in earnest, and gave up his love of drawing and painting. That spring, Garcia met Robert Hunter, who became a long-time friend and lyricist for the Grateful Dead. The two involved themselves heavily in the South Bay and San Francisco art and music scenes, and would often play together at Menlo Park's Kepler's Books. They played their first concert together and each earned five dollars for their work. In 1962, Garcia met Phil Lesh, who would become the bassist of the Grateful Dead, during a party. Garcia continued to play and teach acoustic guitar and banjo, and one of his students introduced Garcia to Bob Weir, who would go on to become one of the founding members of Grateful Dead. Soon after, Garcia, Weir, Ron McKernan, and several other friends formed a jug band called Mother McCree's Uptown Jug Champions. Around this time, LSD became popular and Garcia was using it daily.

In 1965 Jerry and some of the aforementioned friends formed a band that was initially called the Warlocks, but eventually renamed the band Grateful Dead when they discovered there was another band of the same name (who would eventually become the Velvet Underground.) Garcia came up with the name by opening up a Funk & Wagnalls dictionary to an entry for "grateful dead."

Given that Grateful Dead's inception was during the LSD and drug movement in the 60s, the band initially played 'psychedelic' rock but moved on to a more diverse rock style in the 70s. By 1974 members of Grateful Dead began to go their own separate ways and Jerry Garcia was no exception. Garcia served as the lead guitarist and one of the principal vocalists for the Grateful Dead for its entire career. He composed such famous songs as "Dark Star, "Franklin's Tower, "Scarlet Begonias," and several others. Garcia was well known for his extended guitar improv jams

Unfortunately, Garcia's battle with drugs caused him to be arrested and subsequently sent to a treatment center. When he experienced a diabetic coma, Garcia turned his life around and Grateful Dead made a comeback in 1987 with the hit single Touch of Gray from their album In the Dark. Garcia and the Grateful Dead toured almost constantly from their formation in 1965 until Garcia's death in 1995. During their career, the Grateful Dead played 2,314 shows. 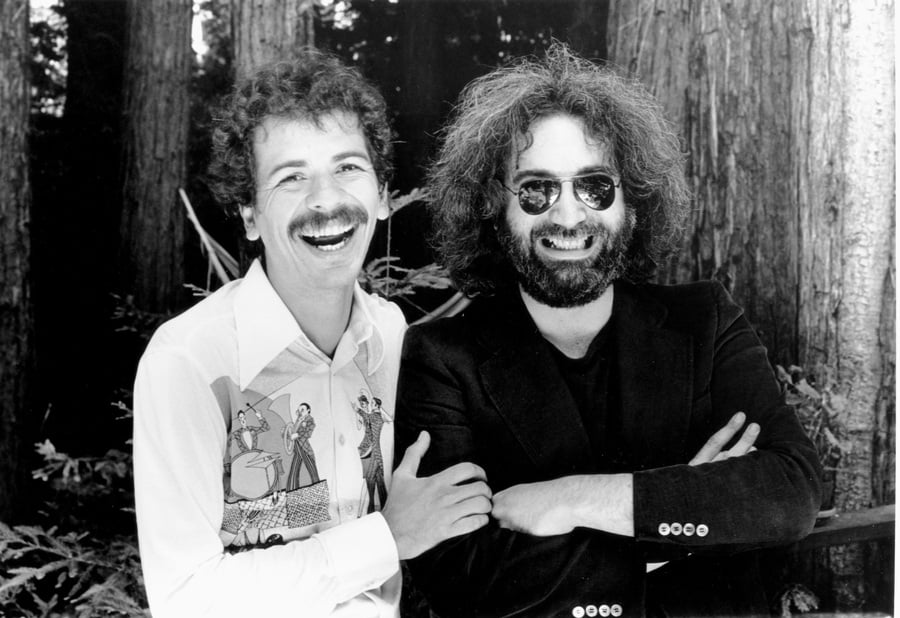 A prolific musician, Garcia was also involved in countless side projects while he was making music and touring with the Grateful Dead. One of his most notable side projects was the Jerry Garcia Band, which he founded in 1975. He also had a hand in various acoustic projects such as Old & In the Way and other bluegrass bands. Garcia was a member of other bands as well including the Black Mountain Boys, Legion of Mary, Reconstruction, and the Jerry Garcia Acoustic Band. He would often help out fellow musician friends in session work and contributed to over 50 studio albums of different friends of his. Garcia also played pedal steel guitar for New Riders of the Purple Sage, appearing on their debut album and producing their first live album. In 1988, Garcia performed at several major benefits including the Soviet American Peace Walk in Golden Gate Park, San Francisco, that drew a crowd of over 25,000. A long time lover of art, Garcia embarked on a second career in the visual arts in the late '80s and created hundreds of drawings, etchings, and water colors. His endeavors were represented in the Weir Gallery in Berkeley, California from 1989-1996.

Garcia married his first wife, Sara Ruppenthal, in 1963 and they had a daughter, Heather, later that year. They divorced in 1967. Garcia had two other children with his girlfriend Carolyn Adams whom he would eventually marry and divorce in 1994. Garcia then rekindled things with an ex, Deborah Koons, in the spring of 1993. Garcia and Koons were married in February 1994 and remained married until his 1995 death.

Garcia died of a heart attack in his room at a rehab clinic on August 9, 1995, just eight days after his 53rd birthday. He had long struggled with drug addiction, weight problems, sleep apnea, diabetes, and was a heavy smoker, which contributed to his early physical decline. Yet still, his death of course came as a complete shock to his friends, bandmates, and family. On August 13, around 25,000 people gathered at his public memorial at the Polo Fields at Golden Gate Park. In the Haight-Ashbury neighborhood where Garcia lived, a single white rose was tied to a tree near his former house, and mourners gathered nearby. His ashes were spread into the Ganges at the holy city of Rishikesh, India, a site sacred to Hindus. 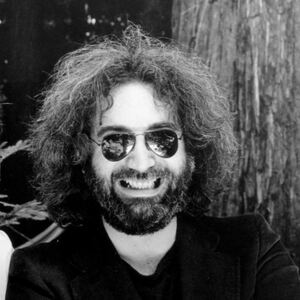