Jerry Douglas net worth: Jerry Douglas is an American musician and record producer who has a net worth of $5 million. Jerry Douglas was born in Warren, Ohio in May 1956. He is known for playing resonator guitar and lap steel guitar and also plays dobro and regular guitar. His musical styles include bluegrass, Americana, country, and jazz. Douglas released his debut studio album Fluxology in 1979 and released the albums Fluxedo in 1982, Under the Wire in 1986, Changing Channels in 1987. Everything Is Gonna Work Out Fine in 1987, Plant early in 1989, Side Rule in 1992, and Restless on the Farm in 1998. His album Lookout for Hope was released in 2002 and reached #5 on the US New Age chart and #10 on the US Bluegrass chart. Jerry Douglas released the album The Best Kept Secret in 2005 and best of the Sugar Hill Years in 2007. His album Glide was released in 2008 and reached #4 on the US Bluegrass chart. He released the album Jerry Christmas in 2009 and his 2012 album Traveler reached #1 on the US Bluegrass chart and #3 on the Heatseekers chart. Douglas also released the album "What If" in 2017. He has also been featured on several albums by Alison Krauss or Alison Krauss and Union Station. Jerry Douglas has won several Grammy Awards including for Best Country Instrumental Performance, Best Bluegrass Album, Album of the Year, Best Country Album, and more. In 2008 he was inducted into the Country Music Hall of Fame as an Artist in Residence. 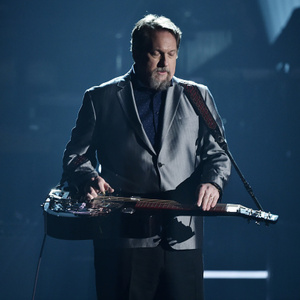