Jerry Cantrell net worth: Jerry Cantrell is an American singer-songwriter, musician, and actor who has an estimated net worth of $35 million. Jerry Cantrell was born in Tacoma, Washington in 1966 and is most widely recognized as the lead guitarist, co-lyricist, and co-lead singer for the immensely popular band, Alice in Chains.

In high school he was the president of the choir, which was an award winning competitive group. Cantrell developed an interest in Gregorian chants during this period and cites his choir and drama teachers with motivating him to pursue a career in music. Cantrell formed a band named Diamond Lie in the mid 1980s with drummer Sean Kinney, bassist Mike Starr, and his roommate vocalist Layne Staley. This band gained attention in Seattle and eventually changed their name to Alice In Chains. Jerry Cantrell was Alice In Chains' lead guitarist, co-lyricist, co-vocalist, and the band's primary composer from its formation until the death of Layne Staley in April 2002. Cantrell's post Alice in Chains career has consisted of two solo albums. In 1993, he composed the score for the action film "Last Action Hero" In 2009, Alice in Chains released their first album of new material since the mid-90s. 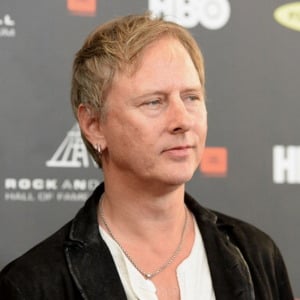