How much is Jeremy Spencer Worth?

Jeremy Spencer net worth: Jeremy Spencer is an American musician, record producer, and songwriter who has a net worth of $6 million. Jeremy Spencer was born in Oakland City, Indiana in January 1973. He is best known for being the drummer for the heavy metal band Five Finger Death Punch. He started playing drums at six years old and moved to Los Angeles, California after high school. Five Finger Death Punch's debut studio album The Way of the First was released in 2007 and was certified Gold. Their 2009 album War Is the Answer was also certified Gold and reached the Top 10 on the Billboard 200, US Hard Rock, and US Rock charts. Their third album American Capitalist was released in 2011. It was certified Gold and reached #3 on the Billboard 200 chart and #2 on the US Hard Rock and US Rock charts. The band's fourth and fifth studio albums, The Wrong Side of Heaven and the Righteous Side of Hell, Volume 1 and Volume 2, both reached #2 on the Billboard 200 and #1 on the US Hard Rock and US Rock charts. Five Finger Death Punch has had #1 singles on the US Hard Rock or US Mainstream Rock charts with the songs "Under and Over It", "Coming Down", "Life Me Up", "Battle Born" and "House of the Rising Sun". The band has sold more than 2.6 million albums in the United States. Spencer was named Best Drummer by Revolver Magazine in 2012. He authored his autobiography Death Punch'd—Surviving Five Finger Death Punch's Metal Mayhem in 2014 and it was a New York Times Celebrity Bestseller. Spencer is also the creator of Extreme Metal Loops CDs. 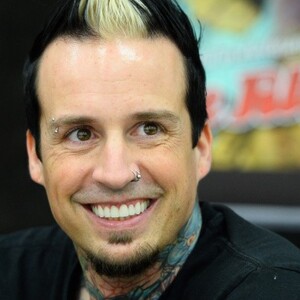