How much is Jeremy Gara Worth?

Jeremy Gara net worth: Jeremy Gara is a Canadian drummer who has a net worth of $5 million. Jeremy Gara was born in Ottawa, Ontario, Canada in June 1978. He is best known for being part of the rock band Arcade Fire. Arcade Fire formed in Montreal, Quebec, Canada in 2001. They won the 2011 Grammy Award for Album of the Year. Their debut studio album Funeral was released in 2004 and sold more than half a million copies in the US. The band's second album Neon Bible was released in 2007 and reached #1 in Canada and Ireland as well as #2 in the United States and in the UK. Their third album The Suburbs was released in 2010 and reached #1 in Canada, Belgium, Ireland, Norway, the UK, and the US. Their latest album Reflektor was released in 2013 and hit #1 in five countries. Gara has played in other bands such as Kepler, Weights and Measures, Clark, Snailhouse, and The New International Standards. He has also recorded albums with Arizona Amp and Alternator and Susanna Wallumrod. 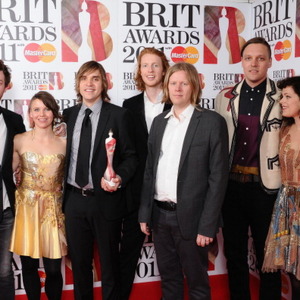