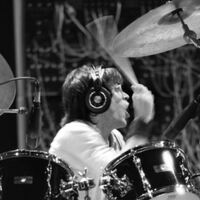 Jeff Porcaro net worth: Jeff Porcaro was an American drummer, songwriter, and record producer who had a net worth equal to $10 million at the time of his death. Jeff Porcaro was born in South Windsor, Connecticut in April 1954 and passed away in August 1992. He was a member of the rock band Toto and was also one of the most recorded sessions musicians of all time, playing on hundreds of albums and recording thousands of sessions. He was an established studio musician in the 1970s and then was the drummer for the Steely Dan album Katy Lied. After he passed away he was inducted into the Modern Drummer Hall of Fame. Porcaro was an original member of the band Toto when they formed in 1977. Their debut studio album Toto reached #1 in Finland and #9 in the US. Their most successful album was Toto IV which reached #4 in the US and the UK and #1 in Switzerland and the Netherlands. The band's single "Africa" reached #1 in the US. Jeff Porcaro passed away in August 1992 at 38 years old from a heart attack.