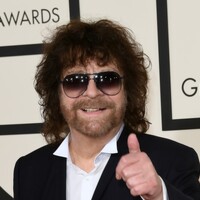 What is Jeff Lynne's Net Worth?

Jeff Lynne is an English composer, songwriter, arranger, singer, producer, and musician who has a net worth of $100 million dollars. Lynne is best-known for being the lead singer and co-founder of the band Electric Light Orchestra which had monster hits with singles like "Telephone Line", "Mr. Blue Sky" and "Don't Bring Me Down". ELO has sold over 50 million alums worldwide to date. Jeff produced, wrote and arranged most of the band's songs and albums by himself. He has also written and/or produced hit tracks for such artists as Paul McCartney, Roy Orbison, Tom Petty, and Ringo Starr. He co-founded the group The Traveling Wilburys with George Harrison. The Washington Post named him the 4th Greatest Record Producer in Music History. Jeff produced 15 singles that broke the Top 10 of record charts.

Lynne was born on December 30, 1947 in Birmingham, England to parents Nancy and Philip Lynne. He attended the Alderlea Boys' Secondary School. He began playing the guitar from a young age after his father bought him an acoustic guitar, which he still has. When he was 16, he formed the group the Andicaps and then joined a different band, the Chads, the following year.

Around 1965, he started acquiring studio recording equipment and began learning the ropes of record producing. He also joined a new band, the Nightriders, as a guitarist, though they soon changed their name to the Idle Race. The band did produce two critically acclaimed records, but didn't experience very much commercial success.

Lynne decided to leave the Idle Race in 1970 and joined the band, the Move. He contributed a number of songs to the Move's last two albums. At the same time, he was working on a concept for a new band that was built around rock and classical music – which he called Electric Light Orchestra (ELO).

ELO came into begin and with original members Lynne, Bev Bevan, and Roy Wood, though Wood left in 1972 after ELO produced their first album, "ELO." Over the next few years, ELO steadily put out records which became increasingly popular. They released "ELO 2" and "On the Third Day" in 1973, "Eldorado" in 1974, "Face the Music" in 1975, and "A New World Record" in 1976.

At this point, the band was comprised of five members. Lynne was a huge creative force in the band, as he acted as the producer, songwriter, arranger, lead singer, and guitarist. ELO, however, was not a solo effort as the other members contributed much in the way of co-arranging, integration other instruments, and developing a more symphonic sound.

By 1977, ELO had reached the pinnacle of their success when they released the double album, "Out of the Blue." It became a chart-topper and was popular around the world. The live performance of the album was also remarkable, featuring an elaborate space ship set and laser light show. They followed up their success with the 1979 album, "Discovery," which held the number one spot on the UK charts for five weeks. Their next album, "Time," in 1981 was science fiction themed, followed by "Messages" in 1983. By the mid 1980s, Lynne became more interested in pursuing other projects and ELO's last album, "Balance of Power," was contractually obligated and released in 1986.

Following his departure from ELO, Lynne produced a few solo singles but primarily started working as a producer for other artists. He produced George Harrison's album, "Cloud Nine," in 1987. Harrison and Lynne continued working together to produce two albums by the supergroup, the Travelling Wilburys, that included Tom Petty, Bob Dylan, and Roy Orbison. Lynne also worked with Tom Petty to produce, "Full Moon Fever" in 1989 and then "Into the Great Wide Open" in 1991.

In 1994, Lynne worked with the three surviving Beatles on the "Anthology" album series. During his time period, he also worked with artists like Julianne Raye, Roger McGuinn, Aerosmith, Bonnie Tyler, Hank Marvin, and the Tandy Morgan Band. 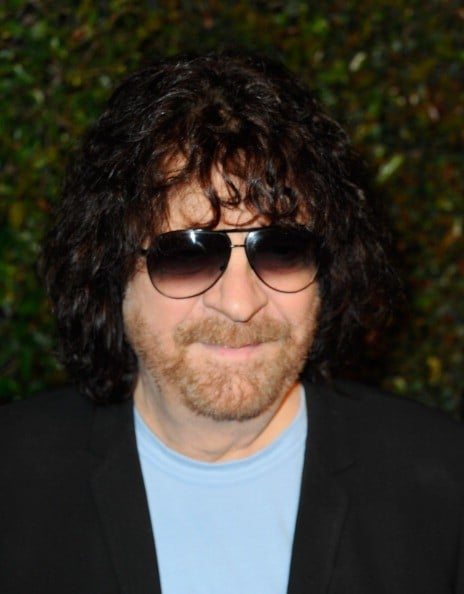 Lynne decided to reactive ELO in 2000 and released the retrospective box set, "Flashback," which included a number of previously unreleased tracks. In 2001, ELO released their first album in 15 years, "Zoom," which features guest appearances by George Harrison, Ringo Starr, and others. The newest iteration of the band only featured Lynne and Tandy as the original members. The album was positively reviewed and a full world tour was planned but later cancelled.

He continued working with George Harrison on what would be his final album, "Brainwashed," which Lynne helped complete following Harrison's death in 2001. Lynne then was very involved for the "Concert for George" memorial held in London in honor of Harrison's life. He also worked on Tom Petty's "Highway Companion" in 2006.

Throughout the 2010s, Lynne has continued producing for other artists and also released an ELO greatest hits collection called, "Mr. Blue Sky: The Very Best of Electric Light Orchestra," in 2012. He announced in 2015 that ELO had signed a contract with Columbia Records, which resulted in the "Alone in the Universe" album and a world tour. He has continued touring with ELO throughout the late 2010s and announced a number ELO album, "From Out of Nowhere," in 2019.

Throughout his career, Lynne has received numerous awards and accolades. Many of the albums he has produced have won Grammy Awards or nominations. He personally has received an honorary doctorate degree from Birmingham City University and was granted a star on the Hollywood Walk of Fame in 2015. He also was inducted into the Rock and Roll Hall of Fame as a member of ELO in 2017. In 2020, he was named an Officer of the Order of the British Empire (OBE) for his contributions to music. 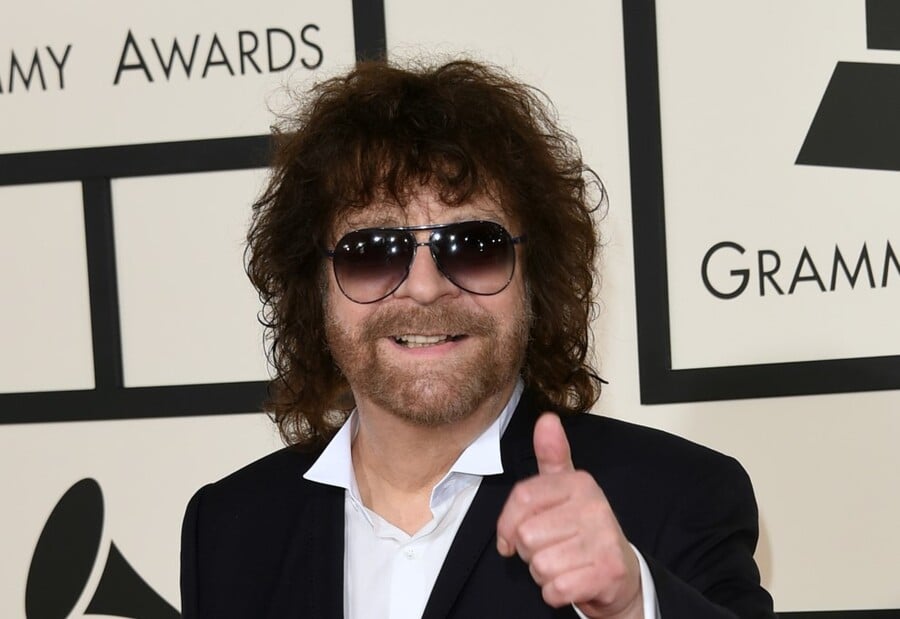 Lynne has been married two times. In 1972, early in his career, he married Rosemary McGrady. Their marriage lasted until 1977. He then married Sandi Kapelson in 1979. The couple have remained together and have had two daughters. True to his roots, Lynne remains a fan of Birmingham City F.C.

In 1994 Jeff paid $1.275 million for a 1-acre property high up in the hills of Beverly Hills. The property is technically three legal parcels. Today the combined area is likely worth $15-20 million thanks in no small part to its views which span from downtown Los Angeles to the Pacific Ocean.

About 20 minutes west in the town of Brentwood, Jeff has been the owner of a mansion since March 2021 when he paid $10 million for a 0.70 acre property.