Jeff LaBar net worth: Jeff LaBar was an American guitarist who had a net worth of $3 million at the time of his death in July 2021. He was best known for being the guitarist of the rock band Cinderella.

Jeff LaBar was born in Darby, Pennsylvania in March 1963. LaBar replaced original guitarist Michael Kelly Smith in 1985. Cinderella released their debut studio album Night Songs in 1986 and the album was certified 3x Platinum and reached #3 in the US. The band also had success with their albums Long Cold Winter in 1988 and Heartbreak Station in 1990. Their final album Still Climbing was released in 1994. Cinderella had success with the singles "Nobody's Fool", "Somebody Save Me", "Gypsy Road", "Don't Know What You Got (Till It's Gone)", "The Last Mile", "Coming Home", "Shelter Me", and "Heartbreak Station". Cinderella has sold more than 15 million albums worldwide. LaBar has also played with the band Naked Beggars with Cinderella bandmate Eric Brittingham. He released his debut solo album in 2014. 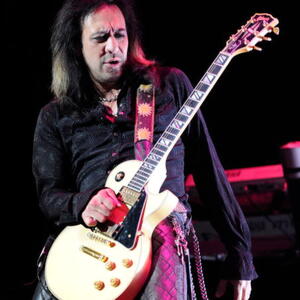