Jeff Beck Net Worth: Jeff Beck is an English rock guitarist who has a net worth of $18 million. Jeff Beck accumulated his net worth through his musical career with The Yardbirds and his own band The Jeff Beck Group and others, as well as his solo performances, and musical tours.

Born Geoffrey Arnold "Jeff" Beck on June 24, 1944, in Wallington, England, he is one of the three guitarists to have played with The Yardbirds, along with Eric Clapton and Jimmy Page. Never following a straight trajectory in his career, Beck has also performed solo and with the hard-hitting lineups of The JeffBeck Group and Beck, Bogert & Appice. Generally speaking, much of Jeff's recorded output is instrumental music colored with innovative sounds and genres that range from blues rock to heavy metal, jazz fusion and an additional blend of guitar-rock and electronica. Even though this rock virtuoso has flaunted his talent in his two solo hit albums Blow By Blow and Wired (released respectively in 1975 and 1976), Jeff Beck has never enjoyed the commercial success of many of his contemporaries and bandmates. His extensive musical opus includes many side projects as well, having appeared on albums by Mick Jagger, Tina Turner, Morrissey, Jon Bon Jovi, Kate Bush, Stevie Wonders, Cyndi Lauper and ZZ Top, among others. However, critics did not fail to notice Beck's trend-setting contributions to instrumental rock. He has been honored with the Grammy Award for Best Rock Instrumental Performance six times and Best Pop Instrumental Performance once. Furthermore, he is the one of the few musicians who have been twice inducted into the Rock and Roll Hall of Fame: as a Yardbirds' bandleader (1992) and as a solo artist (2009). 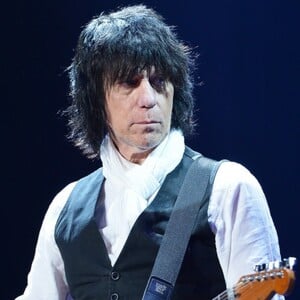