Jeff Ament net worth: Jeff Ament is an American musician who has a net worth of $70 million dollars. Jeff Ament was born in Havre, Montana, and grew up poor. He began playing bass when he was in his teens, and went on to attend the University of Montana where he majored in Art and played on the basketball team. When the college phased out its graphic design program, he dropped out, and relocated to Seattle, Washington to focus on making music with his band, Deranged Diction. He began playing with the band, Green River, in the early 80s. They went on to release one studio album, and are widely considered to be the group that pioneered the "grunge" sound. From there, he went on to form the band, Mother Love Bone. The group became very popular, but their rise was cut short when their lead singer died just days before the release of their first album. He then went on to perform with Temple of the Dog. In 1990, he co-founded the band that would ultimately put him on the map worldwide, Pearl Jam. 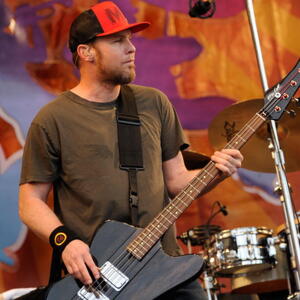