Jay DeMarcus net worth: Jay DeMarcus is an American musician, record producer, and songwriter who has a net worth of $60 million dollars. Jay DeMarcus was born Stanley Wayne DeMarcus, Jr. in April 1971. He is best known for being a member of the country group Rascal Flatts. He attended Lee College and traveled and performed with Christian group New Harvest as a keyboard player.

He helped start the contemporary Christian group East to West in 1992 and moved to Nashville. He produced and engineered the album Gospel for Michael English which was nominated for a Dove Award. Jay and his second cousin Gary LeVox became English's backup band. DeMarcus has also produced albums for Chicago, James Otto, Jo Dee Messina, and Austins Bridge. Jay has also been a bandleader for Chely Wright. He plays keyboards and provides backing vocals for Rascal Flatts, which formed in 1999. The group has released nine studio albums and have had 26 singles reach the Top 20 on the Billboard Hot Country Songs chart. Some of their hits include "Bless the Broken Road", "What Hurts the Most", and "My Wish". The group won a Grammy Award and countless other awards including Academy of Country Music, Country Music Association, Billboard Awards, and People's Choice. In 2012 the band received a star on the Hollywood Walk of Fame. DeMarcus appeared on CSI: Crime Scene Investigation where he was electro-shocked by his own bass guitar. He has also appeared in Hannah Montana: The Movie, and episodes of Drop Dead Diva and Yes, Dear. He married Allison Alderson in 2004 and the couple has two children. 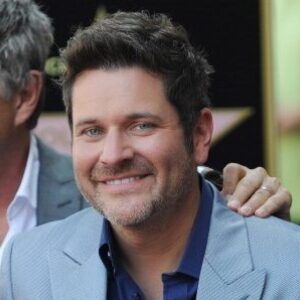