Jason Hook net worth: Jason Hook is a Canadian musician, producer, and songwriter who has a net worth of $8 million dollars. Jason Hook was born in Toronto, Canada, and began playing guitar when he was six years old. He also studied the drums, piano, and violin. He went on to found the band, Monkeyhead, and they signed with Elektra.

From there, he moved to Los Angeles, where he performed with the BulletBoys, and found steady work as a session guitarist. He was the guitarist for Mandy Moore for a number of years, and also toured and performed with Alice Cooper and Vince Neil, among many other artists. He released a solo studio album, "Safety Dunce", in 2007. He recorded a second solo album, "American Justice", but it has not yet been released. In 2009, he began performing with the group, Five Finger Death Punch. He has toured and recorded with the group since then, appearing on their last four albums. Five Finger Death Punch is most widely recognized for their debut album, "War is the Answer", which reached #7 on the Billboard charts. 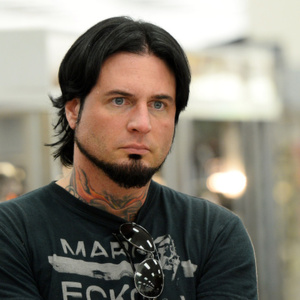