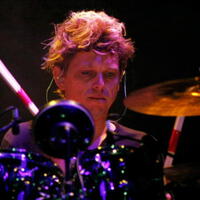 Jason Cooper net worth: Jason Cooper is an English drummer who has a net worth of $10 million. Jason Cooper was born in London, England in January 1967. He is best known for his work with the band The Cure. He started out as the drummer for the band My Life Story before joining The Cure in 1995. He first played on the band's album Wild Mood Swings in 1996 which reached #2 in Sweden, #3 in France, and #9 in the UK. The Cure released the albums Bloodflowers in 2000, The Cure in 2004, and 4:13 Dream in 2008. Their singles "The Only One", "Freakshow", and "Sleep When I'm Dead" all reached #1 in Spain. The band My Life Story formed in 1993 and released their debut studio album Mornington Crescent in 1995. Jason Cooper became The Cure's fourth drummer when he took over for Boris Williams who took over for Andy Anderson who took over for Lol Tolhurst.