Jani Lane net worth: Jani Lane was an American rock star who was most famous for being the lead singer of the band Warrant. At the time of his death he had a net worth of $500 thousand. Jani Lane died on August 11th, 2011 in a Woodland Hills, California hotel room.

Jani Lane's net worth was earned primarily as the lead singer and song writer of the 1980's glam metal rock band Warrant. Lane wrote several top 40 songs for the band including their biggest hit "Cherry Pie" which shot to #7 on the Billboard charts. Warrant sold over 10 million albums during their career with 1990's "Cherry Pie" going 2X platinum, meaning it sold over 2 million copies. In his later years Jani Lane appeared on VH1's Celebrity Fit Club and had a mildly successful solo and song writing career. Janie Lane died on August 11, 2011 of acute alcohol poisoning. He was 47 years old at the time. 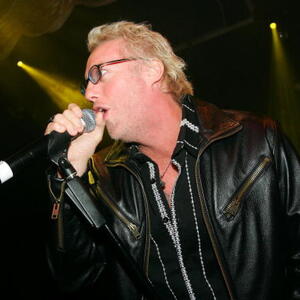