Jamie Hewlett Net Worth: Jamie Hewlett is an English comic book artist and designer who has a net worth of $15 million. Jamie Christopher Hewlett was born in Horsham, Sussex, England in April 1968. He is best known for co-creating the comic Tank Girl and the virtual band Gorillaz. He created a fanzine Atomtan while studying at Northbrook College.

He then worked for the magazine Deadline and created comic strips including Tank Girl with Alan Martin. He started designing album covers for bands like Senseless Things and Cud and contributed to Commodore User magazine. Tank Girl was optioned into a film by MGM which was released in 1995 but Hewlett had little involvement in the project. Jamie moved into a flat with Blur's Damon Albarn after Deadline was cancelled. The two came up with the idea for the virtual band Gorillaz. Hewlett came up with the character designs. His artwork won him Designer of the Year award in 2006. Hewlett and Albarn won the Songwriters of the Year Award at the Ivor Novello Awards in 2006. The pair collaborated in 2006 for Monkey: Journey to the West. Jamie married Emma de Caunes in 2011. In 2014 a Kickstarer campaign raised capital for a new Tank Girl book 21st century Tank Girl. 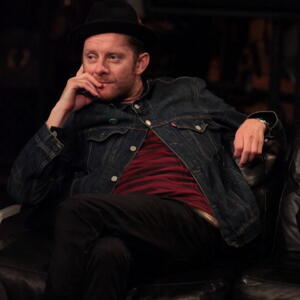