How much is Jamey Jasta Worth?

Jamey Jasta net worth: Jamey Jasta is an American musician who has a net worth of $400 thousand. Jamey Jasta was born in West Haven, Connecticut in August 1977. He is best known for being the lead vocalist for the hardcore band Hatebreed as well as for the metal band Kingdom of Sorrow and the hard core band Icepick. He owns Stillborn Records as well as the rock themed apparel line Hatewear. He released the solo album Jasta in 2011 which featured musicians including Zakk Wylde. Jasta hosted the MTV television series Headbanger's Ball from 2003 to 2007. He created the music for the segment State of the Day on The Dan Patrick Show and appeared on the program in 2013. Jasta launched the Jasta Show podcast in 2014. Hatebreed has released seven studio albums. Their latest album The Divinity of Purpose in 2013 reached #1 on the US Hard Rock chart. The band Kingdom of Sorrow released studio albums in 2008 and 2010 and the band Icepick released one album in 2006. 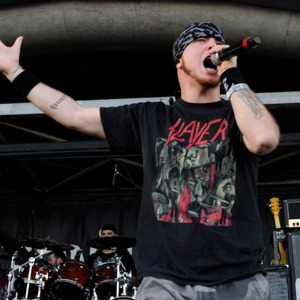