James Shaffer Net Worth: James Shaffer is an American musician who has a net worth of $30 million dollars. Born in 1970 in Hollywood, California, James Shaffer's interest in the guitar didn't begin until he lost the tip of one of his fingers in a three-wheeler accident. He co-founded metal band Korn in 1993.

He has been part of about a dozen studio albums with the band between 1994 and 2013, including "Follow the Leader", "Untouchables", "Take a Look in the Mirror", "See You on the Other Side", and "Korn III: Remember Who You Are". All together, the band has sold more than 35 million records around the world with eight climbing into the Billboard 200 top five and going platinum. In 2011, Shaffer put out a solo album with his band Fear and The Nervous System. He created his own record label with the intention of giving unique bands a fair shot at breaking into the music industry. Shaffer has earned the nickname Munky because his feet tend to resemble the hands of a monkey. He's considered one of the 100 greatest heavy metal guitarists of all time by "Guitar World". In 2012, he married actress and model Evis Xheneti. They had been dating for seven years before trying the knot in Paris. 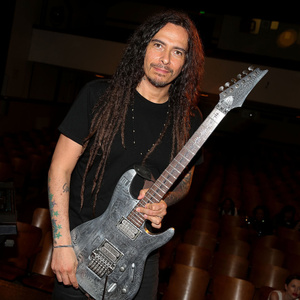