He is also a composer, writing jazz charts for ensembles of various sizes and proficiency levels. He performed the opening fanfare at the Sydney 2000 Olympic Games. In 2003 he founded the band On The Edge together with the German keyboarder and composer Simon Stockhausen. In 2005, he was the guest soloist at the 150th anniversary concert of the Black Dyke Band. In 2007, he appeared as guest soloist at concerts with the band in Manchester and London. He had a long association with Composer and pianist Lalo Schifrin (of Mission Impossible fame) and has recorded a number of CDs on Schifrin's "Jazz Meets The Symphony" series. 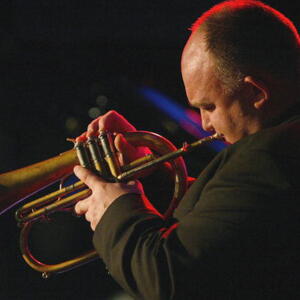