James Kottak Net Worth: James Kottak is an American musician who has a net worth of $3 million. James Kottak was born in Louisville, Kentucky in December 1962. He is best known for being the drummer for the heavy metal band Scorpions of Germany. Before joining Scorpions he played drums for The Bob Brickley Band, Mister Charlie, Nut House, Buster Brown, Kingdom Come, Wild Horses, Montrose, Ashab, Warrant, and the McAuley Schenker Group.

He filled in for the band Dio on tour and gave drum lessons at Far-Out Music in Jeffersonville, Indiana. Scorpions formed in 1965 but Kottak joined the band in 1996. He has been featured on their albums Pure Instinct, Eye II Eye, Unbreakable, Humanity: Hour I, Sting in the Tail, and the band's upcoming 2015 album release. In addition to playing drums Kottak also provides backing vocals. He also has his own band named Kottak which was formerly known as KrunK. He endorses Yamaha and Ddrum drums as well as Zildjian Cymbals, Aquarian and drumheads, Ahead drumsticks, and Danmar percussion. Kottak was arrested in Dubai in April 2014 for drunkenness, insulting Islam, and offensive behavior. He was sentenced to one month in jail. James was married to Tommy Lee's younger sister Athena Lee and has three children. 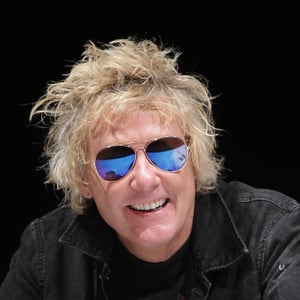