What is James Hetfield's Net Worth?

He was born James Alan Hetfield on August 3, 1963, in Downey, California. His mother was an opera singer and his father was a truck driver. His parents divorced when he was 13. The family was very strict Christian Scientists and therefore did not use modern medicine, even when his mother was dying of cancer. Cynthia succumbed to cancer in 1979 when James was 16 years old. This pain, along with other difficult childhood memories, would later fuel many of Metallica's lyrics.

Hetfield got his first taste of music in his childhood after taking piano lessons. By the time he turned fourteen, he realized that playing rock music was his true calling. He was in a few bands including Leather Charm and Obsession.

Meanwhile, Lars Ulrich moved from Denmark to Newport Beach, California in 1980. Despite being a ranked tennis player back in Denmark, Lars failed to make the team at his high school. This failure was what finally inspired Lars to focus fully on drumming.

In June of 1981, Lars placed an ad in an LA newspaper called The Recycler that stated he was looking for other metal fans to form a band. James Hetfield was one of two people that responded to the ad. They met and began to play together. On October 28, 1981 they two officially formed Metallica.

Metallica's most successful album so far is their 1991 self-titled release "Metallica" which is also known as the black album. This album has sold 16 million copies in the United States and 24 million worldwide. Their 1988 release "…And Justice for All" has sold 5.3 million copes. Their 1996 album "Load" has sold 5.1 million copies. Hetfield has had many successful singles with Metallica including "One", "Enter Sandman", "The Unforgiven", "Nothing Else Matters", "Until It Sleeps", "Turn the Page" (a Bob Seger cover), "I Disappear", and many more.

To this day, Metallica is one of the highest-earning bands in the world. If they are on tour, they are known to generate $50-100 million in revenue from tickets, merchandise and more. For example, between July 2018 and July 2019, the band generated $70 million in revenue.

James has been married to Francesca Tomasi since August 1997. They have three children together. James has struggled with alcohol over the years. He entered a rehab program in 2001 for the first time. He re-entered rehab in 2019.

James is an avid hunter and fisher. He also customizes cars and motorcycles. 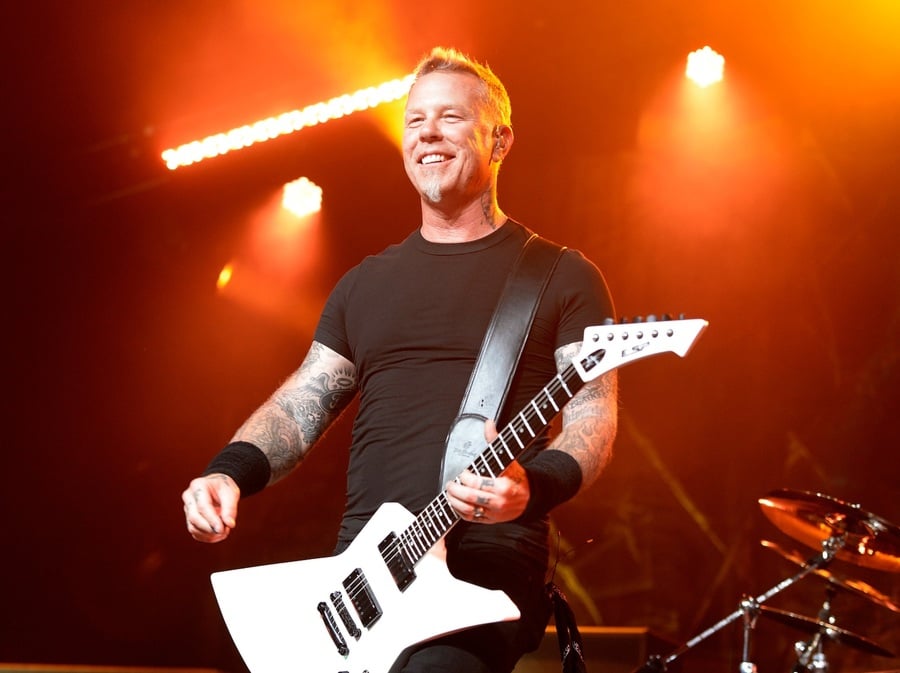 For much of his life, James Hetfield and his family lived in Marin County, California. In 2016, the Hetfields moved to Vail, Colorado after years of being displeased by the local liberal politics and attitudes. On an episode of Joe Rogan's podcast, James explained how he was sick of getting dirty looks from neighbors when he returned home from a hunting trip. He found their attitudes hypocritical since none of these people would hesitate to buy a steak from a store. He has since found a much more accepting home in Colorado.

James still owns an extremely valuable real estate portfolio back in Marin County that at one point included thousands of acres of open land. He purchased 1,150 acres of rural property six miles from George Lucas' Skywalker Ranch in 1999, forming what he dubbed "Rocking H Ranch". In 2008 James caused controversy when he erected a 300-foot fence across part of his land that blocked bikers and hikers from a popular trail that traversed his property. The county then spent $650,000 erecting a new trail which became known as 680 Trail to give visitors an alternative connection between two popular recreation areas. As a concession, he donated 330 acres of his and to the local community.

In 2011 the Hetfields submitted plans to build four single-family homes on his property, each between 5,000 and 8,000 square-feet on 10-acre lots.

Over the years James has donated chunks of his land to various non-profit land trusts. For example, in 2017 the Hetfields donated 240 acres for an agricultural conservation. In February 2018 they donated 1,000 acres of open land to the Marin Agricultural Land Trust.

As of this writing, the Hetfields own around 50 acres of their original 1,150 property, having donated the rest to charity.

Outside of Marin County and Vail, they own a large property in Maui, Hawaii. 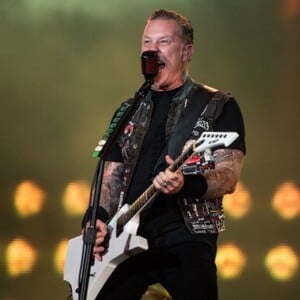