How much is James Booker Worth?

James Booker net worth: James Booker was an American musician who had a net worth of $25,000 at the time of his death. He was best known for being a rhythm and blues keyboardist.

James Booker was born in New Orleans, Louisiana in December 1939 and passed away in November 1983. He was flamboyant and was nicknamed "the Black Liberace". Booker only had vision in his right eye and wore an eye patch. He released the studio albums Lost Paramount Tapes in 1974, Junco Partner in 1976, and Classified in 1982. He was also featured on several live albums and compilations. James Booker was described by Dr. John as "the best black, gay, one-eyed junkie piano genius New Orleans has ever produced". He was the son and grandson of Baptist ministers. Booker made his first recording in 1954 on Imperial Records. He had success in Europe from 1976 to 1978 before returning to the United States. James Booker passed away on November 8, 1983 at 43 years old from renal failure related to chronic abuse of heroin and alcohol. 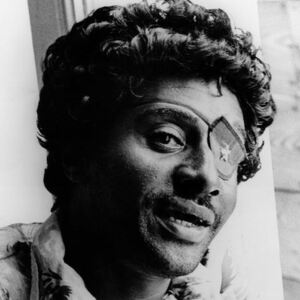