How much is Jacob Hoggard Worth?

Jacob Hoggard Net Worth: Jacob Hoggard is a Canadian singer and songwriter who has a net worth of $3 million dollars. Jacob Hoggard was born July 9, 1984 in Burnaby, Canada. He is best known for finishing in third place on the second season of Canadian Idol, in 2004. When Hoggard was in a high school band named Hedley. band mates bet him $150 to go on Canadian Idol, which he did and he made it to the top three. After Idol, Hoggard and the other band members went their separate ways and Hoggard added bassist Tommy Macdonald, guitar player Dave Rosin and drummer Chris Crippin to continue his career, still under the band name Hedley. The band launched their self titled debut CD which went platinum, and their first single On My Own had enormous success in Canada. Other singles from that CD include Gunnin', Villain, Trip and Streetfight. The band's second CD, Famous Last Words, also reached platinum level in Canada with singles such as She's So Sorry, Never Too Late, Old School and For The Nights I Can't Remember. Their CD, The Show Must Go, was released November 2009 and contained such songs as Cha Ching, about what people will do for fame; Don't Talk To Strangers, about cougar women on the prowl for younger men; Perfect, a sweet love ballad about confusion and the strength to pull through hard times in a relationship. The band's work ethic and Jacob's sometimes crazy antics are what make the band one of the most successful and recognizable bands in Canada. Jacob married his high school sweetheart in 2004, which ended in divorce in 2009. 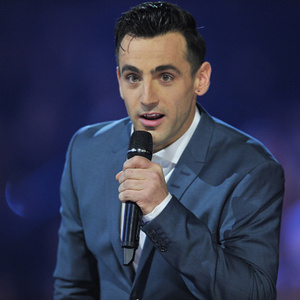