Jack White net worth: Jack White is an American singer, songwriter, musician, multi-instrumentalist, and producer who has a net worth of $50 million dollars. He is best known as the lead singer and guitarist of the duo The White Stripes but has also had success in other bands including the Raconteurs and as a solo artist. White is widely credited as one of the key artists in the garage rock revival of the 2000s.

Early Life: Jack White was born John Anthony Gillis in Detroit, Michigan, on July 9, 1975. He is the youngest of 10 kids of Teresa and Gorman Gillis. His parents both worked for the Catholic Church in Detroit. His dad was the Building Maintenance Superintendent. His mom was a secretary in the Cardinal of the Archdiocese of Detroit's office. White was an altar boy when he was young. White was quite religious as a young boy. He planned to become a priest and was accepted into a seminary in Wisconsin. However, he changed his mind when he realized he couldn't bring his instruments with him.

After deciding not to go to seminary, White attended Cass Technical High School where he played the trombone and drums in the school band. When he was 15, he started an upholstery apprenticeship with a friend of his parents, Brian Muldoon. White has long credited Muldoon with exposing him to punk rock. It was actually Muldoon that encouraged White to form a band. White and Muldoon formed the Upholsterers and recorded the album "Makers of High-Grade Suites."

When Jack was a senior in high school, he met Meg White. They instantly clicked and became inseparable.

Career with The White Stripes:  In 1997, Meg White set out to learn the drums and the two formed The White Stripes. Jack and Meg's band started out as part of the underground garage rock music scene in Detroit. They signed to the independent garage punk label Italy Records in 1998. The band released their debut album "White Stripes" in 1999 and their second album "De Stijl" in 2000. In 2001, Jack and Meg released "White Blood Cells." The album was a critical and commercial success and The White Stripes were one of the leaders of the garage band sound revival of that era. The fourth album "Elephant" (2003) was supported by the single "Seven Nation Army," which quickly became the band's signature song.

The song was No. 1 on the Billboard Modern Rock Tracks chart for three weeks, won the 2004 Grammy Award for Best Rock Song. The band's fifth album, "Get Behind Me Satan" was recorded in White's house. "Icky Thump," the sixth album, was recorded at Nashville's Blackbird Studio and released in 2007.

On February 2, 2011, The White Stripes reported on their official website that they were disbanding.

Career with The Raconteurs and more: White was collaborating with Brendan Benson on a new project in 2005. The result of that collaboration is the song "Steady, as She Goes." This led to them to form a new band called The Raconteurs. They rounded out the band with Jack Lawrence and Patrick Keeler. For the rest of 2005, the quartet recorded an album in Benson's home in Detroit. That album, "Broken Boy Soldiers," became The Raconteurs' debut album and hit the Top 10 of the charts in the U.S. and U.K. At the 2006 Grammy Awards, the album was nominated for Best Rock Album and "Steady, as She Goes" was nominated for Best Rock Performance by a Duo or Group with Vocals. "Consolers of the Lonely" was released on 2008 and supported by the single "Salute Your Solution." "Help Us Stranger" was released in 2019.

White's success with The White Stripes and The Raconteurs led to a number of collaborations with other musicians.

White founded Third Man Records, his Nashville-based label in 2001. White has proceeded to produce over 120 records through Third Man Records. In March 2015, Third Man joined in the launch of Tidal with Jay-Z and other artists.

In 2012, he released his debut solo album "Blunderbuss."  His second solo effort, "Lazaretto," was released in June of 2014.

In 2020, White announced via Third Man Records, that his label would release a rare 1973 Johnny Cash performance at the Ahmanson Theatre in Los Angeles on vinyl. 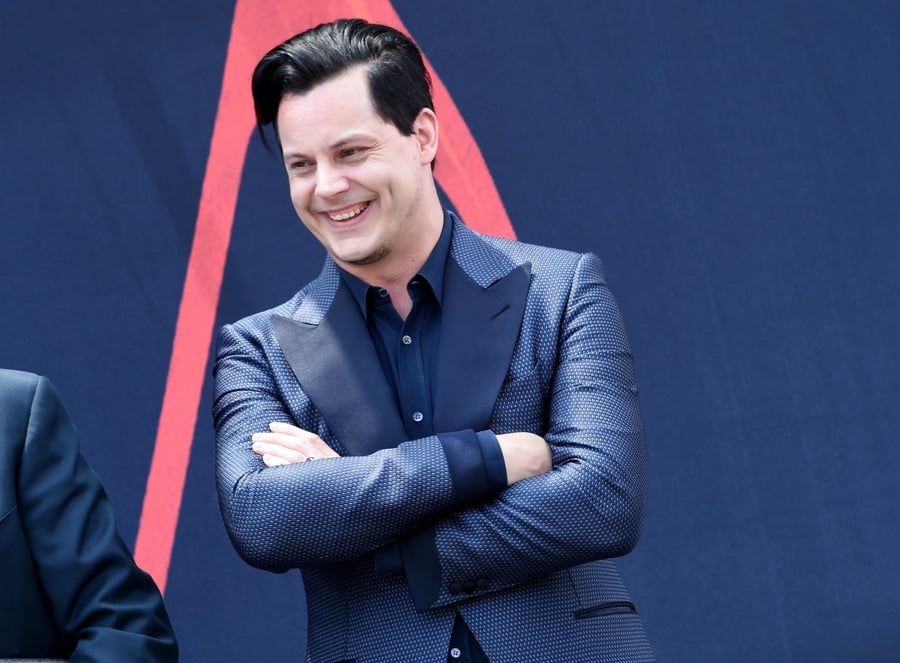 When The White Stripes started to get famous, Jack and Meg claimed to be siblings. In reality, they were already divorced. Though they formed the band as a married couple, it wasn't until after they divorced that The White Stipes found success.

When White was an altar boy, he landed an uncredited role in the 1987 movie "The Rosary Murders," which was filmed mainly at Holy Redeemer parish in southwest Detroit.

In 2003, he had a brief relationship with actress Renée Zellweger, whom he met during the filming of "Cold Mountain." They broke up in December 2004.

British model Karen Elson  appeared in The White Stripes music video for "Blue Orchid." Jack and Karen got married on June 1, 2005, in Brazil. Meg White was the maid of honor. The wedding took place in a canoe on the Amazon River and was officiated by a shaman.  In 2006, the couple had a daughter Scarlett Teresa. The following year, their son Henry Lee was born.

White and Elson separated in June 2011. Two years later, a judge barred White from having any contact with Elson except as it related to parenting their children. She accused White of being violent towards his wife and kids. She filed a counter-suit. Elson recanted her charges. Their divorce was final in November 2013.

White is a fan of the Detroit Tigers.

White is a very private person. He doesn't give out much information about his personal or family life. In fact, he's even gone as far as to lie about his family to keep them out of the public eye.

In the fall of 2016, when White found out that presidential candidate Donald Trump was using "Seven Nation Army" during his campaign without permission, he denounced Trump and sold"Icky Trump" tee-shirts through his record label's website.

In 2020, White supported Bernie Sanders for president. He performed a six-song set at the Michigan Democratic presidential primaries at this high school alma mater in October 2019.

Real Estate:  In 2018, White put his former Detroit-area home on the market for $1.2 million. The home, located in Detroit's historic Indian Village, was built in 1914 and is where the White Stripes recorded "Get Behind Me Satan."

In 2005, White bought a seven-acre property in the Nashville suburb of Brentwood for $3.1 million. 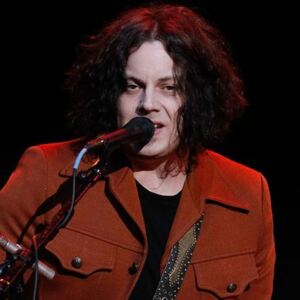