Jack Barakat net worth: Jack Barakat is a Lebanese American musician and singer who has a net worth of $1 million. Jack Barakat was born in Baltimore, Maryland in June 1988. He is best known for being the lead guitarist and backing vocalist for the band All Time Low. The band formed in Towson, Maryland in 2003.

Their debut studio album The Party Scene was released in 2005. All Time Low's albums Nothing Personal, Dirty Work, and Future Hearts all reached #1 on the US Rock Charts. Their 2015 album Future Hearts also reached #1 in the UK and #2 on the Billboard 200 chart. The band's singles "Somewhere in Neverland" and "Kids in the Dark" hit #1 on the UK rock charts. All Time Low has also had successful singles with the songs "Poppin' Champagne", "I Feel Like Dancin'", "For Baltimore", "A Love Like War", and "Something's Gotta Give". In 2009 All Time Low was named Best Pop Punk Band at the Top In Rock Awards. 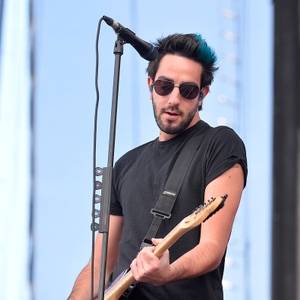