Jack Antonoff was born in Bergenfield, New Jersey in March 1984. Jack and his friends started the punk rock band Outline in high school and toured the U.S. In 2002 he formed the band Steel Train with a friend and the band was signed to Drive-Thru Records. The band released three studio albums and had their final show in 2013. In 2008 Antonoff was asked to join the band Fun by frontman Nate Ruess. The band won Grammy Awards for Best New Artist and Song of the Year for "We Are Young" in 2013. Their debut studio album Aim and Ignite was released in 2009 and their 2012 album Some Nights hit #2 on the US Rock and US Alterative charts as well as #3 on the Billboard 200 chart. The 2011 single "We Are Young" (featuring Janelle Monae) hit #1 in six countries and was certified as high as 7x Platinum. Their 2012 singles "Some Nights" and "Carry On" were also highly successful. Antonoff co-wrote the hit single "Brave" with Sara Bareilles. He has also written songs for Carly Rae Jepsen, Tegan and Sara, Taylor Swift, and Cristina Perri. He released the album Strange Desire with Bleachers in 2014 which hit #2 on the US Alternative and Rock charts and featured the #1 US Alterative single "I Wanna Get Better". Jack was romantically linked to actress Lena Dunham from 2012 to 2017. 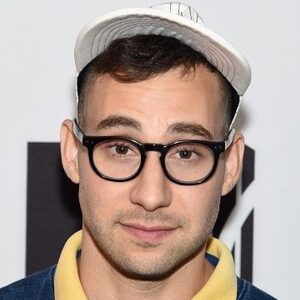