What is J Álvarez's Net Worth?

J Álvarez is a Dominican-Puerto Rican reggaeton singer  who has a net worth of $8 million. J Álvarez is known for such hit songs as "La Pregunta," "Esa Boquita," and "Junto Al Amanecer." He has collaborated with many other Latin artists throughout his career, including De La Ghetto, Daddy Yankee, Maluma, Wisin, and Zion. Álvarez has grown his popularity by touring throughout Europe and the United States.

J Álvarez was born as Javid David Álvarez Fernández on December 13, 1983 in the Rio Piedras district of San Juan, Puerto Rico. His parents are immigrants from the Dominican Republic. Álvarez developed his passion for music early in life by listening to a variety of reggaeton and hip hop artists. He was heavily inspired by the rappers Tego Calderon and Busta Rhymes. At the age of 12, Álvarez performed the song "Lo Que Ella Trae" in front of his classmates. 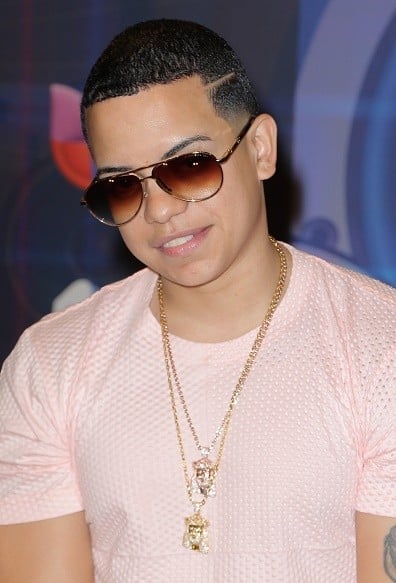 Through his cousin, Álvarez met DJ Nelson, with whom he began a professional partnership. In 2009, Nelson signed Álvarez to his record label Flow Music. Later in the year, Álvarez released his debut mixtape, "El Dueño Del Sistema," featuring appearances by such artists as De La Ghetto and Jowell & Randy. This was followed in 2010 by "El Movimiento: The Mixtape." Álvarez's debut studio album, "Otro Nivel De Música," came out in 2011. The album spawned the singles "La Pregunta" and "Junto Al Amanecer," both of which charted on the Billboard Hot Latin Songs chart. In 2012, Álvarez released a special edition of "Otro Nivel De Música" that earned a Latin Grammy Award nomination for Best Urban Music Album.

Álvarez's next album, "De Camino Pa' La Cima," came out in early 2014. Featuring collaborations with Daddy Yankee, Zion, and Mackie, it debuted at number two on the Top Latin Albums chart. A special edition of the album was later released in early 2015. Álvarez went on to release his album "Big Yauran" in 2016; it launched the single "Haters." Two years later, he released "La Fama Que Camina," which spawned the charting singles "Esa Boquita," "Rico Suave," and "De La Mía Personal." Álvarez's other albums have included "Big Yauran 2" and "El Jonson," both released in 2020. He also released the mixtape "Imperio Nazza: J. Álvarez Edition," the fourth volume in a series of compilation albums by reggaeton producers Musicólogo & Menes.

Álvarez has collaborated musically with a number of other prominent Latin artists, including Daddy Yankee; Zion; De La Ghetto; Jowell & Randy; Wisin; Mackie; Cosculluela; Maluma; Divino; Farruko; and Jory. In 2021, he collaborated with Marie Monti and Mariah Angeliq on the single "Billete."