Ivan L. Moody net worth: Ivan L. Moody is an American singer who has a net worth of $7 million. Ivan Moody was born in Denver, Colorado on January 7, 1980. He is best known for being the lead vocalist for the heavy metal band Five Finger Death Punch. Moody is also known by his pseudonym of Ghost. The first band he was part of was called Toiz out of Los Angeles, California. Moody joined the band Motograter who released an album in 2003. He was part of the band Ghost Machine which released albums in 2005 and 2006. Five Finger Death Punch's debut studio album The Way of the First was released in 2007 and was certified Gold. Their 2009 album War Is the Answer was also certified Gold and reached the Top 10 on the Billboard 200, US Hard Rock, and US Rock charts. Their third album American Capitalist was released in 2011. It was certified Gold and reached #3 on the Billboard 200 chart and #2 on the US Hard Rock and US Rock charts. The band's fourth and fifth studio albums, The Wrong Side of Heaven and the Righteous Side of Hell, Volume 1 and Volume 2, both reached #2 on the Billboard 200 and #1 on the US Hard Rock and US Rock charts. Five Finger Death Punch has had #1 singles on the US Hard Rock or US Mainstream Rock charts with the songs "Under and Over It", "Coming Down", "Life Me Up", "Battle Born" and "House of the Rising Sun". The band has sold more than 2.6 million albums in the United States. As an actor Moody has starred in the movies Bled and The Devil's Carnival. 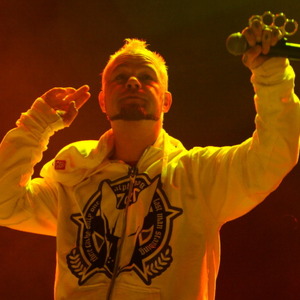