How much is Itzhak Perlman Worth?

Itzhak Perlman Net Worth: Itzhak Perlman is an Israeli-American violinist, conductor, and pedagogue who has a net worth of $10 million. Itzhak Perlman was born in Tel Aviv, British Mandate of Palestine in August 1945. He was denied admission to a conservatory at three for being too small to hold a violin and instead taught himself to play on a toy fiddle. Perlman was later accepted and gave his first recital at 10 years old. He moved to the United States and studied at the Juilliard School. Itzhak contracted polio at four years old and now uses crutches or an electric scooter and plays violin while seated. He became introduced to the American public while appearing on The Ed Sullivan Show in 1958 and 1964. He debuted at Carnegie Hall in 1963 and started touring. Perlman appeared on The Tonight Show and Sesame Street. He also started playing functions at the White House. He joined the Israel Philharmonic Orchestra in 1987. He accepted a faculty post at the Conservatory of Music at Brooklyn College in 1975. Perlman has also conducted and became artistic director and principal conductor for the Westchester Philharmonic in 2007. Perlman has won eight Grammy Awards and has received a Medal of Liberty from President Reagan and a National Medal of Arts form President Clinton. Itzhak Perlman owns a highly valuable Stradivarius Violin that is worth millions, perhaps tens of millions of dollars. 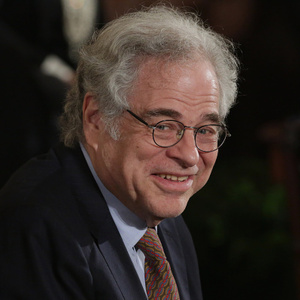