How much is Isaac Hanson Worth?

Isaac Hanson Net Worth: Isaac Hanson is American musician who has a net worth of $20 million. Isaac Hanson acquired his net worth through his music career, most notably as one third of the very popular '90s pop band, Hanson. Born in Tulsa, Oklahoma, in 1980, Isaac Hanson is best known for being part of the popular pop rock group The Hanson Brothers with his siblings, Taylor and Zac. The band formed when he was eleven years old in 1992 and later changed its name to Hanson with Isaac on vocals, the guitar, piano and bass. Five years later, Hanson released its first album with its record label, "Middle of Nowhere", with their debut single, "MMMBop", topping the Billboard Hot 100 charts. The album would go on to receive three Grammy nominations and remains their biggest commercial success. Hanson has sold more than 16 million records across the world, with eight of their albums and six of their singles cracking the top 40 in the United States. Hanson has been married to wife Nicole Dufresne since 2006 after they met at a New Orleans Hanson concert when Isaac spotted her in the crowd. They have three children together: Clarke Everett, James Monroe and Nina Odette. Hanson has been battling several health issues, including thoracic outlet syndrome and a pulmonary embolism. He is a partial CEO of 3CG Records, which he founded with his brothers. 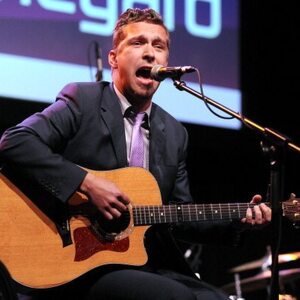