Iggy Pop Net Worth: Iggy Pop is an American singer, songwriter, musician, and actor who has a net worth of $20 million. Known as the "Godfather of Punk," Iggy was the songwriter and singer of the band The Stooges. The band played a massive role in developing the early punk genre. Although Iggy's role with The Stooges was a big part of his career, he is also a very successful solo artist.

Iggy Pop started his solo career by working with David Bowie, a close personal friend. Pop eventually released albums such as "The Idiot" and "Lust for Life," becoming a renowned lyricist in the process. Iggy's stage antics have become a thing of legend. He has proven to be a completely unpredictable performer, and he was one of the first artists to popularize the "stage dive." Some of his more shocking performances included acts of self-mutilation and indecent exposure to the crowd.

Some of his most notable hits include "Lust for Life," "China Girl," "The Passenger," and "Real Wild Child." With all that said, Pop's commercial success as a solo artist has been limited. The Stooges sold few records, and things didn't improve massively when he embarked on a solo career. That being said, he is considered a cultural icon, and he influenced a number of notable groups like the Sex Pistols and Nirvana. In 2010, he was inducted into the Rock and Roll Hall of Fame alongside The Stooges. In 2020, he received a Grammy Lifetime Achievement Award.

Early Life: James Newell Osterberg Jr. was born on April 21st of 1947 in Muskegon, Michigan. Raised in a trailer park in the small town of Ypsilanti, James had a strong relationship with his parents. He credits their support and guidance for helping him find his passion for music. They even moved out of their own bedroom in the family's trailer so that James' drum kit could fit in the home.

Career: James Osterberg began his career as a drummer for various bands during his high school days. One of his earliest bands was The Iguanas, and that's where he gets his nickname "Iggy." After dropping out of the University of Michigan, Iggy moved to Chicago to explore the emerging blues scene. He then formed the Psychedelic Stooges, performing vocals. Inspired by Jim Morrison's stage antics, Iggy became determined to push the boundaries of live performances. After a record deal with Elektra Records, the group released their first album, "The Stooges." They followed up with "Fun House," although both records sold poorly. Years later, "Fun House" received critical praise.

During this period, Iggy Pop developed a serious addiction to heroin. The Stooges failed to sign another record deal, and they released one more album in 1973 entitled "Raw Power." The group then disbanded, with Pop struggling with his addiction for several years before his career moved forward again. After developing a close relationship with David Bowie, Iggy started touring with him.

Both Bowie and Pop eventually relocated to West Berlin in an effort to deal with their drug addictions. Bowie and Pop then collaborated on two of Iggy's solo albums, "The Idiot" and "Lust for Life." These albums contained some of his most successful hits, such as "The Passenger." Bowie and Pop also co-wrote songs like "China Girl" and "Tonight."

Throughout the next few years, Bowie and Pop continued to work together on a number of projects. Iggy continued to release solo albums and collaborated with a number of other artists. In the 2000s, Iggy Pop reunited with The Stooges. He continues to release music to this day, and in 2020 he released a track about the Covid-19 pandemic called "Dirty Little Virus." 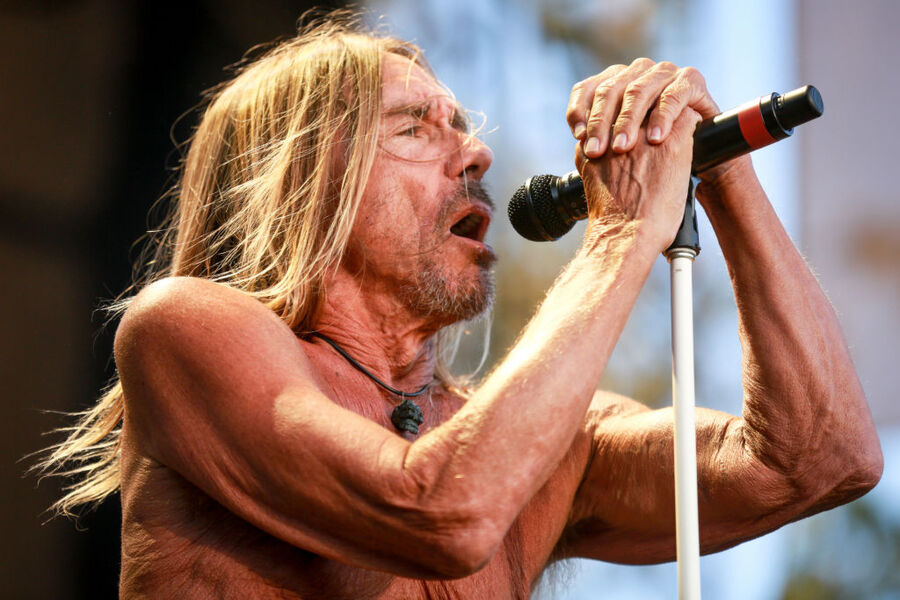 Film and Television: Outside of music, Iggy has appeared in a number of film and television productions. His past films include "The Color of Money," "The Rugrats Movie," "Snow Day," "Tank Girl," and many others. He has appeared in a number of television series as well. These include "Tales from the Crypt," "The Adventures of Pete & Pete," "Beavis and Butthead," and a notable episode of "Star Trek: Deep Space Nine" in which he played an alien.

Iggy is also known for working quite extensively with Johnny Depp, with whom he has a close personal relationship. They have worked together on films like "Cry-Baby" and "Dream."

Relationships: Iggy Pop has been married three times. His first marriage was to Wendy Weissberg, although it only lasted a few weeks before being annulled. His second marriage was to Suchi Asano in 1984, and the couple divorced 15 years later. In 2008, he married Nina Alu, who is his current wife. Iggy has a son from a prior relationship with Paulette Benson.

Real Estate: In 2018, it was reported that Iggy had made a number of real estate transactions. First, he sold a home in Palmetto Bay at a loss. Located in a Miami suburb, the three-bedroom home sold for $235,000 less than he had originally paid in 2006. The home sits on more than an acre of land and features a tennis court, a swimming pool, a waterfall, a wine cellar, a library, and even an aviary. Iggy paid $1.46 million for the home in 2006 before eventually settling for a selling price of $1.225 million in 2018.

In 2018, the rocker also transferred the title of his home in Coconut Grove to his wife, Nina Alu. He had originally purchased the home in 2016 – eight years after marrying his wife. The Florida mansion is worth about $4 million, and he transferred the title from his trust to her individually, which means she is now the sole owner of the property. The Coconut Grove residence spans 5,252 square feet, and he originally purchased it for $4.1 million in 2016. It comes complete with five bedrooms, a library, black limestone floors, a pool, and its own canal. 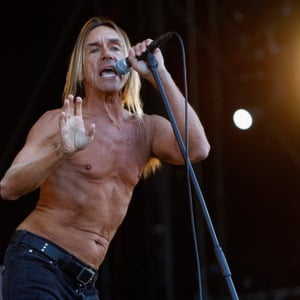