Ian Watkins Net Worth: Ian Watkins is a Welsh rock musician who has a net worth of $500 thousand. Born Ian David Karslake Watkins on 30 July 1977, in Merthyr Tydfil, Glamorganshire, Wales, UK, he entered the limelight as a founding member, lead vocalist and lyricist of the alternative rock band Lostprophets. Taking a degree in graphic design from the University of Wales, and graduating with first-class honors, Watkins saw music as his true calling.

Once he honed his music skills performing in various combos, he teamed up with Mike Lewis in 1997 to form the rock band Lostprophets. Part of the Cardiff music scene, the band has amassed a discography that includes five studio albums, three EPs, and fifteen singles. As for the highlights, they achieved two top ten hits on the UK Singles Chart ("Last Train Home" and "Rooftops"), as well as one number one single on the Alternative Songs chart ("Last Train Home"). Along with the Lostprophets, Watkins earned several Kerang! Awards and nominations, and sold around 3.5 million albums worldwide. However, the group disbanded in 2013 following Ian Watkins' charges with sexual offenses in late 2012. He pleaded guilty to thirteen charges, including attempting rape and sexual assault of a minor girl. 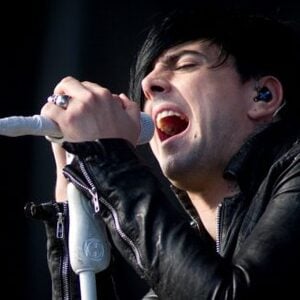