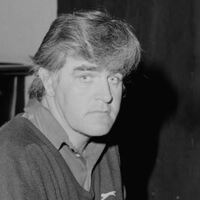 Ian Stewart net worth: Ian Stewart was a Scottish musician who had a net worth of $1 million. Ian Stewart was born in Pittenweem, Fife, Scotland in July 1938 and passed away in December 1985. He was a co-founder of the band the Rolling Stones. Stewart was removed from the band in 1963 after forming in 1962. The band's manager Andrew Long Oldham did not think Stewart fit the band's image as their keyboardist. He became a road manager for the band and in 1989 he was posthumously inducted into the Rock and Roll Hall of Fame with the Rolling Stones. Stewart played on the Led Zeppelin songs "Rock and Roll" and "Boogie with Stu". He played on Howlin Wolf's The London Howlin' Wolf Sessions in 1971 with the likes of Ring Starr, Eric Clapton, Steve Winwood, and more. He contributed to the Rolling Stones album Undercover in 1983. Ian Stewart passed away on December 12, 1985 at 47 years old from a heart attack.