Ian Hill net worth: Ian Hill is an English musician who has a net worth of $10 million. Ian Hill was born in West Bromwich, England in January 1951. He is best known for being the bass player for the heavy metal band Judas Priest. The band formed in 1969 and released their debut studio album Rocka Rolla in 1974 and their second album Sad Wings of Destiny in 1976. 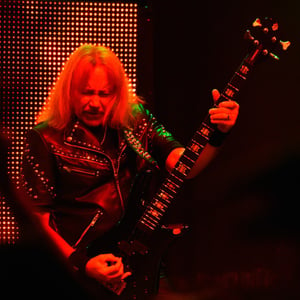