How much is Ian Astbury Worth?

Ian Astbury net worth: Ian Astbury is an English rock musician who has a net worth of $15 million dollars. Ian Astbury was born in Heswell, Merseyside, England, and grew up in Hamilton, Ontario, Canada, and the UK. He decided to focus on a career in music after hearing The Doors' track, "The End". He began performing on the punk scene in Liverpool in the early 80s, eventually founding the group, Southern Death Cult. The band members ultimately went their separate ways, and he formed a new band called, Death Cult. After releasing their first EP, they shortened their name to The Cult. They released their first album, "Dreamtime", in 1984. Since then, they have released five more studio albums. After creative differences with other members of the band, Astbury struck out on his own. He has since released two solo albums. He later reconciled with the band, and they have toured quite successfully in both 1999 and 2009. 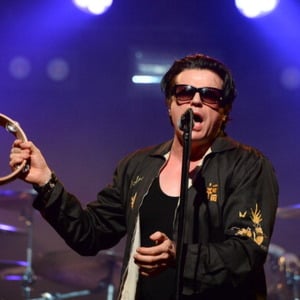