Herbie Flowers Net Worth: Herbie Flowers is an English musician who has a net worth of $500 thousand. Brian Keith Flowers was born in Isleworth, Middlesex in May 1938. He specializes in bass guitar, tuba, and double-bass. Flowers is a member of the groups Blue Mink, T. Rex, and Sky and is also a well-established British session bass player who has recorded for Elton John, David Bowie, Lou Reed, Roy Harper, Allan Clarke, David Essex, Al Kooper, Cat Stevens, Harry Nilsson, Serge Gainsbourg, and George Harrison.

Flowers was estimated to have played bass on 500 recordings by the late 1970s. He played tuba in the Royal Air Force and then played in Dixieland jazz bands. He became a bandsman on the Queen Elizabeth ocean liner. He worked with recorded producers like Mickey Most, Steve Rowland, Shel Talmy, Richard Perry, Tony Visconti, and Gus Dudgeon. One of Flowers' most famous bass lines was for Lou Reed's "Walk on the Wild Side" which became Reed's only Top 20 hit in the U.S. Flowers has released four studio albums including 2012's A Jazz Breakfast. He has worked as a bass guitar teacher at Ardingly College. As a member of T. Rex he recorded hit singles "Hot Love", "Get It On", "Telegram Sam", and "Metal Guru". With Blue Mink he recorded the hits "Melting Pot", and "The Banner Man". 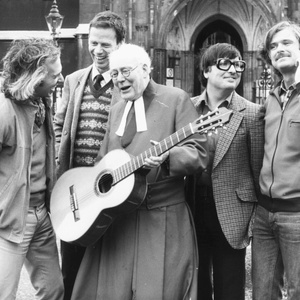