Harry Nilsson net worth: Harry Nilsson was an American singer-songwriter who had a net worth of -$1 million at the time of his death. Harry Nilsson was born in Brooklyn, New York in June 1941 and passed away in January 1994. His musical styles included rock and pop and he played the keyboards. His debut studio album Spotlight on Nilsson was released in 1966. Harry Nilsson released the albums Pandemonium Shadow Show in 1967, Aerial Ballet in 1968, Harry in 1969, Nilsson Sings Newman in 1970, The Point! In 1971, and Aerial Pandemonium Ballet in 1971. His album Nilsson Schmilsson was released in 1971 and reached #3 in the US, #2 in Australia, and #4 in the UK and Canada. Harry Nilsson also released the albums Son of Schmilsson in 1971, A Little Touch of Schmilsson in the Night in 1973, Pussy Cats in 1974, Duit on Mon Dei in 1975, Sandman in 1976, …That's the Way It Is in 1976, Knnillssonn in 1977, and Flash Harry in 1980. His single "Without You" reached #1 in the US, Canada, the UK, Australia, and Ireland. Harry Nilsson passed away on January 15, 1994 at 52 years old of a heart attack.

Harry Nilsson Financial Success and Decline: At the peak of his success in the late 1960s, Harry signed a $5 million record contract which was the largest recording deal in history up to that point, worth around $36 million in today's dollars after adjusting for inflation. Tragically he lost much of his fortune through theft by a former manager who was eventually served two years in prison for stealing client money. At one point in the early 1990s, not long before his death, he thought he was worth around $8 million when in fact he was flat broke and in debt. After he died, his estate was forced to file for Chapter 11 bankruptcy. 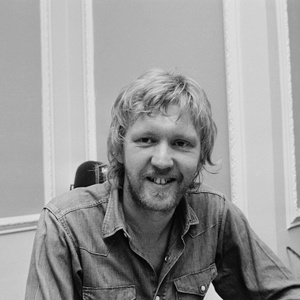