How much is Harold Faltermeyer Worth?

Harold Faltermeyer net worth: Harold Faltermeyer is a German musician, composer, and record producer who has a net worth of $20 million dollars. Harold Faltermeier was born in Munich, Germany in October 1952. He started to play the piano at six years old. A music professor discovered that Harold had perfect pitch and he trained in classic music and rock and roll. Harold worked at a recording studio and started engineering sessions. In 1978 Giogrio Moroder brought Harold to Los Angeles to arrange the soundtrack for the movie Midnight Express. The pair produced albums for Donna Summer. Harold worked on the soundtracks for American Gigolo and Foxes with Moroder. He is known for his synthpop sound in "Axel F", which was the theme song for Beverly Hills Cop, as well as the Top Gun anthem. He has worked with Patti LaBelle, Barbra Streisand, Blondie, La Toya Jackson, Billy Idol, Cheap Trick. Bob Seger, and the Pet Shop Boys. Faltermeyer has won two Grammy Awards, one in 1968 for his work on the Beverly Hills Cop Soundtrack, and the other in 1987 for the Top Gun Anthem. He also composed soundtracks for the films Fletch, The Running Man, Tango & Cash, and Cop Out. 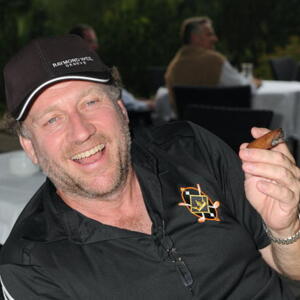