Guy Berryman net worth: Guy Berryman is a Scottish musician who has a net worth of $100 million dollars. He is best-known for being the bassist for the band Coldplay.

Guy Berryman was born in Kirkcaldy, Scotland, and went on to attend University College London, where he began pursuing a degree in Engineering. He subsequently transferred into a seven-year architecture program, but then dropped out to work as a barman and focus on playing with the band Coldplay. He has served as the band's bassist since the beginning, and though he is left-handed, he plays his bass right-handed. In addition to performing with Coldplay, he also performed as a guest artist on Magne Furuholmen solo's album, and performed with Furuholmen and Jonas Bjerre, in a trio called, Apparatjik. He also owned a boutique clothing shop in London that ultimately closed. He is currently in the process of opening an antiques shop with his brother. He is an avid runner, and participates in marathons whenever his schedule allows. Between June 2017 and June 2018, the members of Coldplay earned a combined total of $100 million. 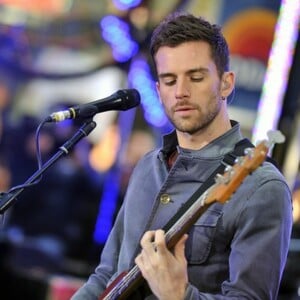