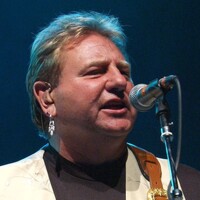 What was Greg Lake's net worth?

Greg Lake was an English musician, singer, songwriter, and producer who had a net worth of $16 million. Greg Lake was born in Poole, Dorset, England in November 1947. He was a member of the bands King Crimson and Emerson, Lake, & Palmer. As the bassist and singer for King Crimson he played on the albums "In the Court of the Crimson King" in 1969 which reached #5 in the UK, "In the Wake of Poseidon" which reached #4 in the UK in 1970, and "Epitaph" in 1997.

As the bassist, singer, guitarist, and lyricist for Emerson, Lake and Palmer he played on their self-titled debut studio album in 1970, the album "Pictures at an Exhibition," the album "Tarkus" which reached #1 on the UK Top 100 chart in 1971, and the albums "Trilogy", "Brain Salad Surgery", "Works, Vol. 1", "Works, Vol. 2", "Love Beach", "Black Moon", and "In the Hot Seat". Lake also released three solo albums including, most notably, "I Believe in Father Christmas."

Unfortunately Greg Lake died on December 8, 2016 after what was a described as a "long and stubborn battle with cancer." He was 69 years old.